Not guilty: Newspaper acquitted of sedition 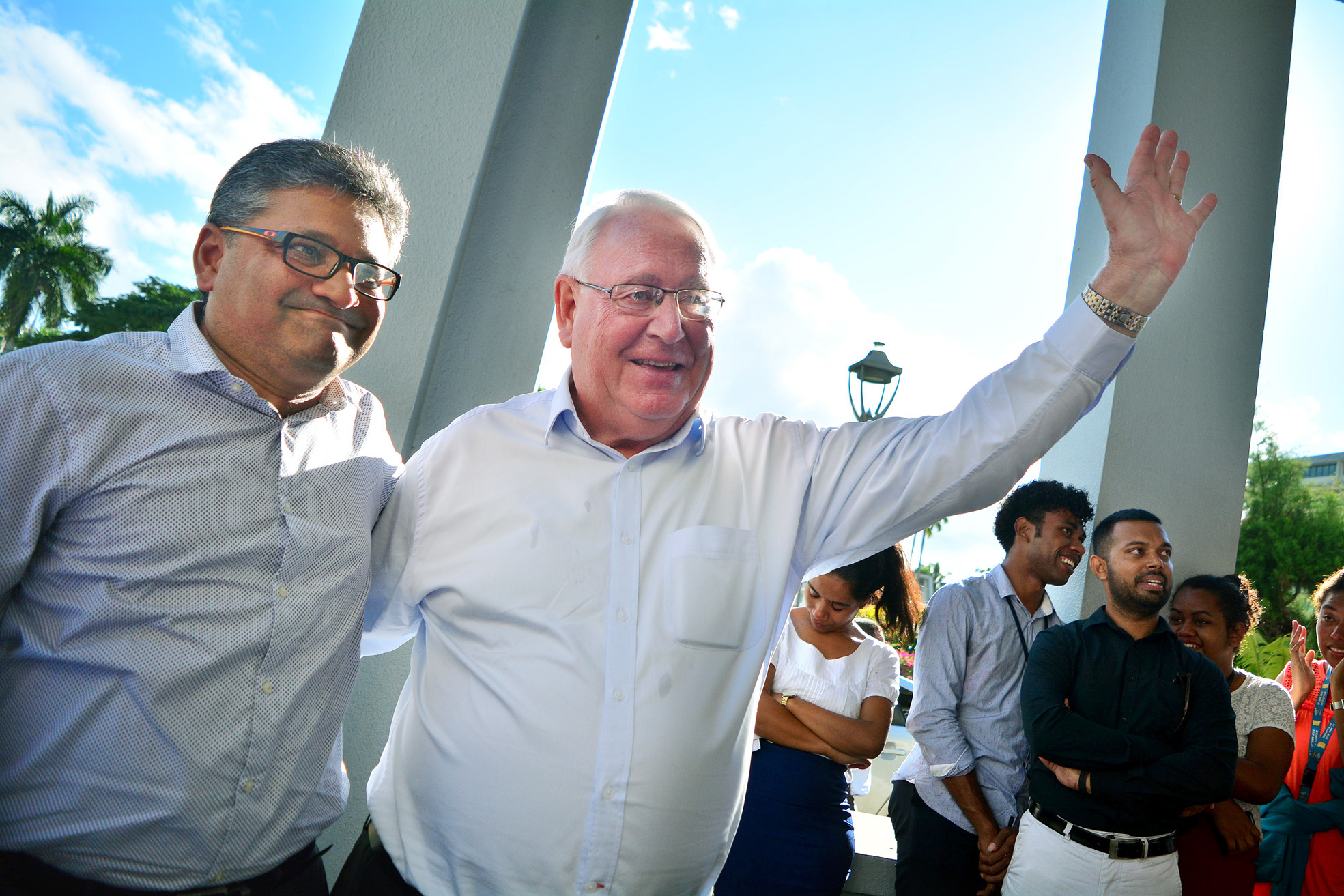 Not Guilty! ...The Fiji Times Publisher Hank Arts (right) gestures to supporters and the media after he and two senior officials of the newspaper and a letter writer were acquitted of sedition charges in the Suva High Court yesterday. He is joined by The Fiji Times Director Rajesh Patel (left). Picture: JOVESA NAISUA

“IT is a victory for the media in Fiji and we should be encouraged to keep going and to stay within the law.”
These were the words of an emotional publisher and general manager of The Fiji Times, Hank Arts after High Court judge Justice Thushara Rajasinghe concurred with the unanimous not guilty opinion of the three assessors and acquitted him and two other senior officials of The Fiji Times, the company and a letter writer of sedition charges.

Justice Rajasinghe ruled that the prosecution failed to prove beyond reasonable doubt that the article published in the Nai Lalakai newspaper on April 27, 2016 was seditious and that it had the tendency to promote feelings of ill-will and hostility among Muslims and non-Muslim.

“We should now be encouraged to keep going with the way we have been, stay within the law and decency but report honestly and balanced without fear,” Mr Arts said.

‘That is what we stand for, that is what we do and we will continue to do that.”
Wesley said he was overwhelmed and thankful of the support that was rendered to the team during the course of the case.

“I’d like to take this opportunity to thank those people who have been calling us. People I had met on the streets, people that had sent me text messages, emails and those that just picked up the phone and made a call to wish us well,” Wesley said.