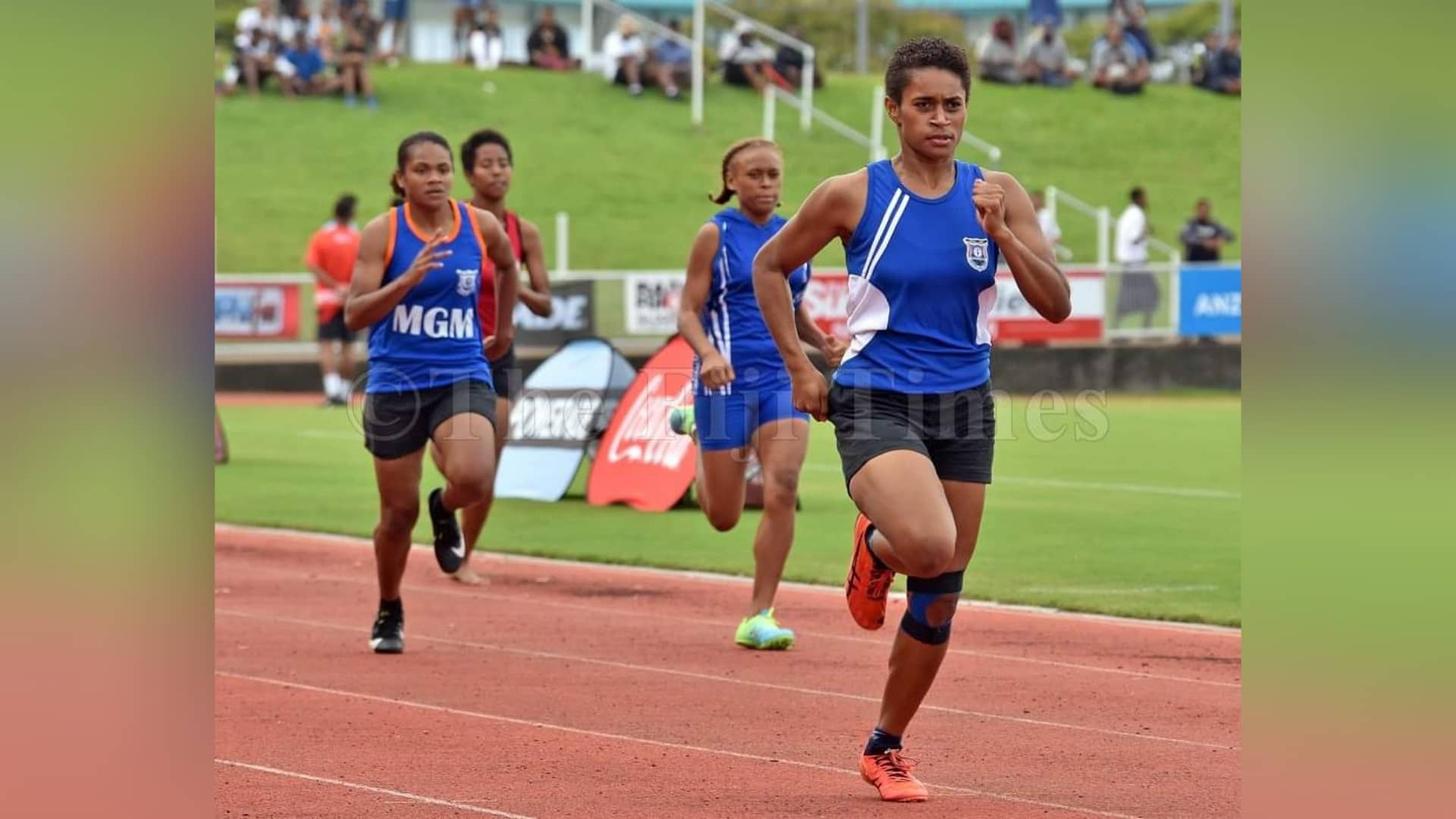 Kesaia Boletakanakadavu of Mahatma Gandhi Memorial High School leads the other runners in the senior girls 200m finals during the Suva Zone I athletics competition at the ANZ Stadium in Suva on Friday, June 17, 2022. Picture: JONACANI LALAKOBAU

Boletakanakadavu ran a time of 12.75 seconds and said she never expected to win the senior girls 100 metre final.

“My preparation to the zone was not up to par. I fell ill and did not train for one month and to win is a blessing.”

She knows how challenging the 2022 Coca-Cola Games would be and said she was up for it.

“I know I will have to lift my performance going into the games and try and work on my time.”

“It is a great privilege to come first,” said Inoke.

“I thank the Lord for giving me the strength and my parents for always supporting me.

“I would also like to say a massive thank you to the teachers and coaches for aiding in my preparations.”