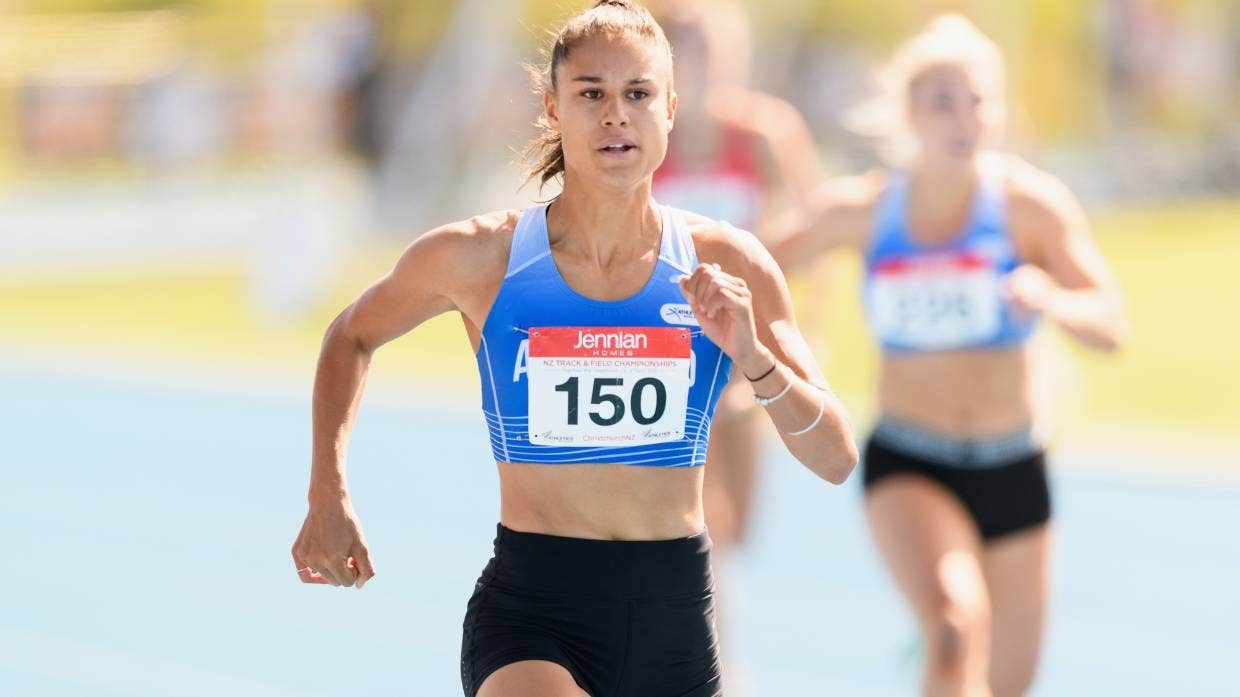 Sprinter Zoe Hobbs has smashed her own New Zealand women’s 100-metre record at the Potts Classic in Hastings on Saturday.

The Auckland-based 24-year-old clocked a time of 11.21 seconds (+1.7m/s) in her heat, having just last month taken the record outright with her 11.27 at the McKinnon Shield Meet at Mt Smart Stadium.

She later returned to win the final in a blistering 11.14, although the wind speed (2.2m/s) was just above the allowable limit for record purposes.

“The strategy was to go hard in both [the heat and the final] as it’s not often we get perfect conditions like this,” Hobbs said.

“I was so happy to get the record in the heat. It ticked that box going into the final. I then just wanted to refocus for the final and reinforce what I’d done in the heat.
“I have bigger goals and I wanted to qualify for worlds [world championships]. To run 11.14 was bittersweet. A big aim is to run 11.15 [with a legal time] as that is the standard for worlds and Commonwealth Games [11.15 is the Athletics NZ B performance standard] but I will take a national record.”

In the men’s 100m, rising star Tiaan Whelpton also unleashed a pair of blistering runs in near perfect conditions to climb to joint number four on the all-time New Zealand lists.

The 21-year-old from Christchurch blasted to 10.09 in the heats – 0.02 quicker than Gus Nketia’s 28-year-old national record – but the wind speed of 3.8m/s was well above the legal limit.

Whelpton returned for the final to claim a crushing victory in a time of 10.18 (1.9m/s), finishing 0.42 clear of second-placed Cody Wilson. The Athletics NZ B performance standard for the Commonwealth Games is 10.12.

“I was absolutely stoked to run 10.09 in the heat, it was funny I have a mental skills coach in Australia who said I would run 10.09,” Whelpton said.

“I then came back for the final and although I was quite tired out of the blocks, I decided to go for it. I wanted to run 10.2 something, but in the back of my head I thought I could go under 10. I can’t express how happy I am.”

The 22-year-old, who represented New Zealand at the 2018 Games on the Gold Coast, cleared 4.60m at the first time of asking to add 5cm to her previous PB. She also made three unsuccessful attempts at the world championship entry standard of 4.70m.