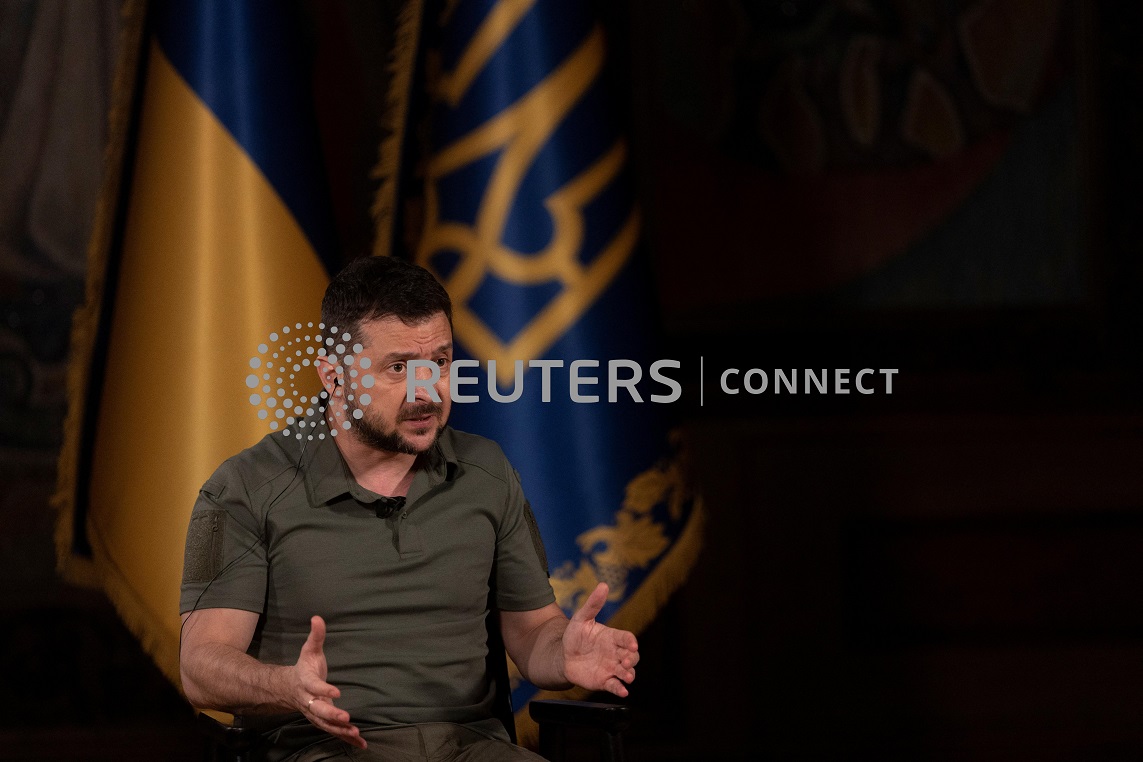 UNITED NATIONS (Reuters) – Ukrainian President Volodymyr Zelenskiy on Wednesday told the United Nations that a crime had been committed against his nation and Kyiv wanted “just punishment” for Russia.

In a recorded address, Zelenskiy laid out what he said were five non-negotiable conditions for peace. These included punishment for Russian aggression, restoration of Ukraine’s security, and territorial integrity and security guarantees.