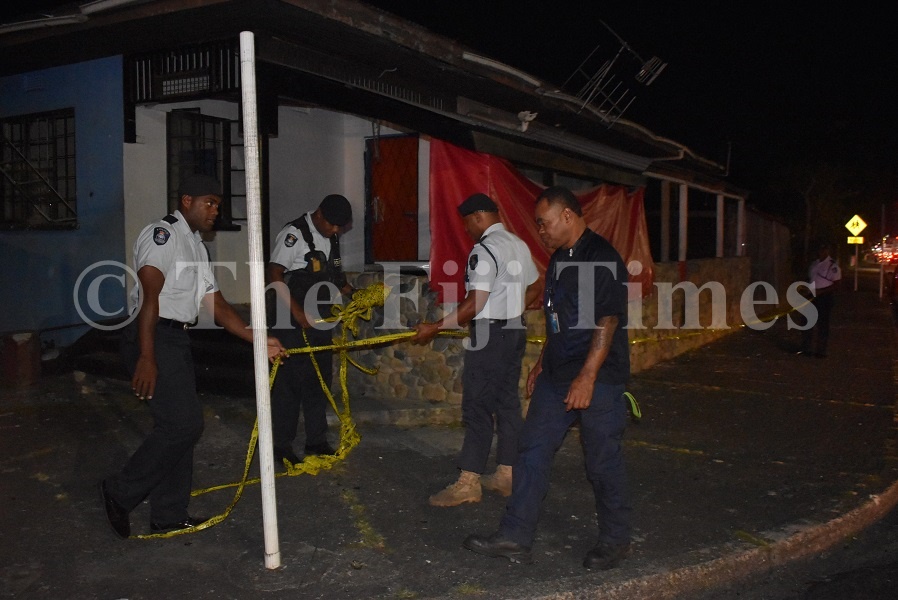 Police officers cordon off the house that was attacked at Rewa Street in Suva. Picture: SOPHIE RALULU

Police Commissioner Brigadier General Sitiveni Qiliho asked the occupants of a home of interest on Rewa St, Suva, to relocate after they were attacked by youths last night.

More than 50 police officers were deployed to the scene and managed to contain the situation.

Mr Qiliho said an Incident Management Task Force has been set up to investigate the occupants of the home who were alleged to have been instigators of violent attacks against youths from Raiwai.

He has ordered a probe into the owners of the property and any unexplained wealth of the occupants.