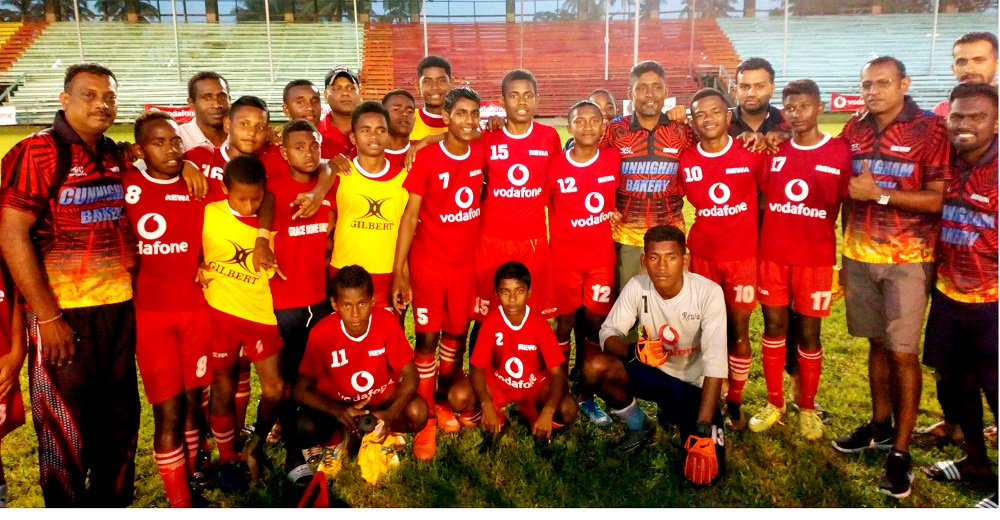 After 17 years Rewa has finally won their first primary school inter district competition at Ratu Cakobau Park yesterday. Both teams were locked in nil all resulted in a penalty shoot out beating Labasa 2-0.Picture:PAULINI CURUQARA

IT has been a tough competition for the under-12 grade in the 44th Fiji Primary Schools Football Association Inter District Championship.

This was the comment from FPSFA president Dinamani Mudaliar after the competition of the 2019 finals at Ratu Cakobau Park in Nausori yesterady.

He said teams came well prepared. Labasa beat Bua 1-0 in the first semi-final while Ba defeated Nasinu 2-0 in a penalty shoot out in the second semi.

“It was a gallant performance from all the teams, especially Nasinu for keeping up with pressure football throughout the game,” Mudaliar said.

“We have seen some upsets where teams had to go on penalty shootout and that showed the development plans are working and the passion players have towards football.

“Football makes everyone healthy and in addition it adds muscle and endurance. Football is a great sport that can be played by anyone and that to the cheapest sport in terms of buying playing equipment.

“Football brings people together because it is a team sport and it is a way to branch out and get to know others.

“Football starts conversations and is just something good to talk about even if you don’t know whom you are sitting beside. “Football has no barrier. “