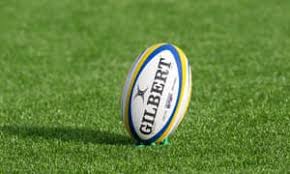 COASTAL Eagles rugby formed its sevens team through an initiative of making use of unforeseen talents in the Nadroga rugby sevens tournament.

The district of Conua up in the highlands of Nadroga has many teams participating in the inaugural event next month however there are some youths who have the gift of playing rugby are ignored or given a blind eye and that’s when the Eagles team officials walk in to set the path for them.

Team coach Sitiveni Ratila believes that some talents are hidden and needs to be unearthed and that is my goal.

“I’ve seen many teams training and still we had some who are really talented roaming the villages of Nawamagi, Narata, Nadrala and nearby settlements, so I thought of forming a team using these boys who’ve been left behind or couldn’t make other teams,” he said.

“Some of these players have played rugby in major tournaments and some are going for their debuts but when I saw them in a tournament last weekend to play as a team, I knew I had the right set of boys but all I needed were the right mindset and physical appearance into a tournament,” said Ratila.

Meanwhile, the tournament will kick start on Wednesday next week from the under 13 grade and the finals of the open men’s will be held on Saturday at Lawaqa Park in Sigatoka.