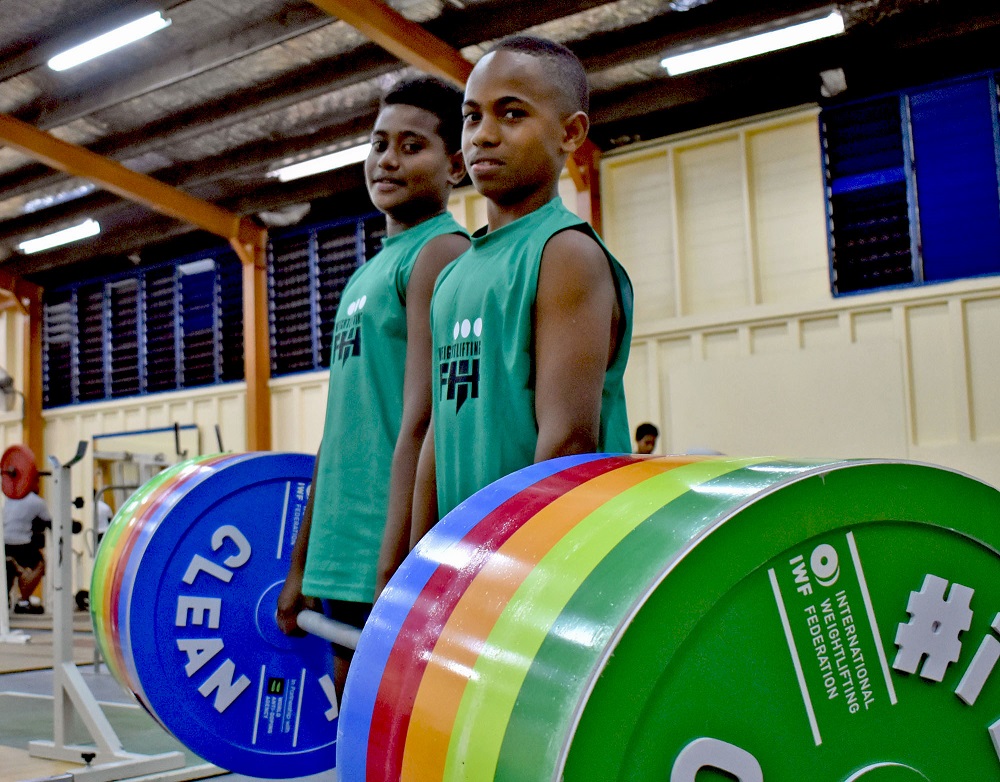 THE Weightlifting Fiji team athletes aim to improve their personal best when they go head to head with the Pacific’s best at this month’s Pacific Games in Samoa. Weightlifting Fiji coach Henry Elder Jr, who will be taking with him a young team.

He said the personal best for each athlete had improved dramatically in the past two months.

“The physical abilities of these kids are very impressive. They are very talented.”

He said next year his young team would be almost on par with most of the Pacific Islands nation weightlifters.

Elder Jr said for his team going into the Pacific Games and having the experience of participating at the 2019 IWF Junior World Championship was something invaluable.

“We’ve come away from that experience having competed with the world’s best and for them it has really boosted them.”

He is confident that his young team will be able to beat their personal best in Samoa.

He said his athletes were in good shape, and would do their best adding that Weightlifting Fiji had a reputation when it came to regional events such as the Pacific Games.

Meanwhile, weightlifting was introduced in the 1966 South Pacific Games and has been held at every games since.

Twenty countries have entered to compete in the five-day event which begins on July 9 and ends on July 13 at Gym 1, Tuanaimato in Apia, Samoa.