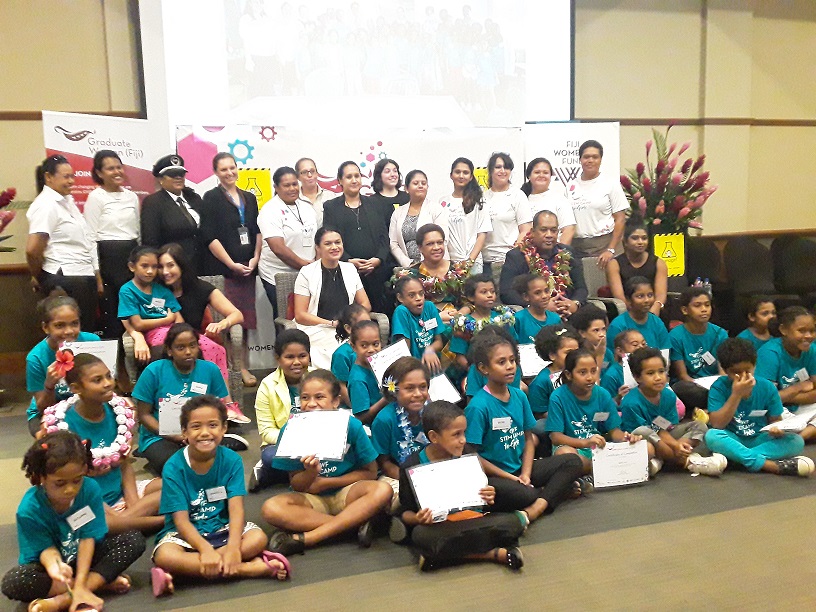 The 30 participants from the STEM Summer Camp for Girls who graduated today. Picture: ABISHEK CHAND

THIRTY young girls graduated from the first-ever STEM Camp, which began on which April 29 and ended on May 2.

The graduation took place at the Grand Pacific Hotel where the Minister for Women, Children and Poverty Alleviation, Mereseini Vuniwaqa, was a guest.

She said without women, only half of the country’s human potential would be utilised to grow the economy.

Ms Vuniwaqa also emphasised that the ministries would support the work of the civil society and government alike in advocating for a better, equitable space for women and girls in STEM.

“As every aspect of women’s equal rights, women’s economic empowerment and women’s holistic development was crucial to the progress of the country,” she said.