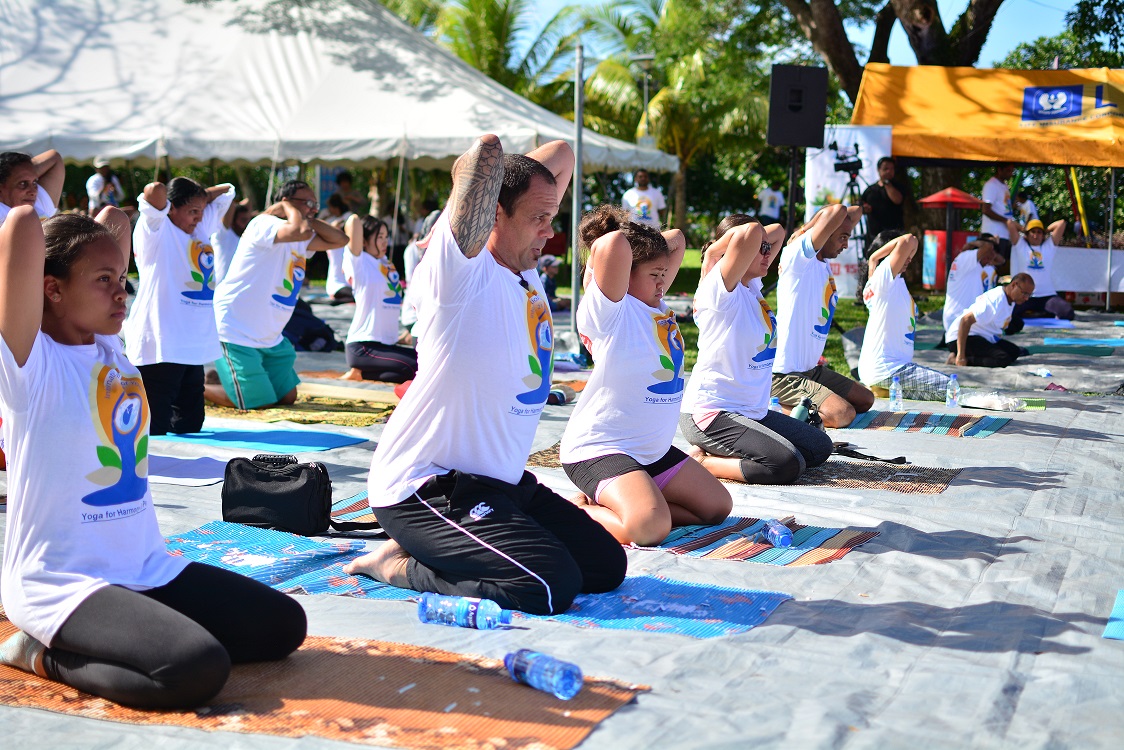 Members of the public at the International Day of Yoga and Vegetarian Food Festival. Picture: JOVESA NAISUA

Officiating at the International Day of Yoga and Vegetarian Food Festival this morning, permanent secretary to the Office of the Prime Minister, Yogesh Karan explained that Yoga began as an ancient practise which was believed to have begun long before the first religion and was still being practised today.

Mr Karan said the word yoga was derived from the Sanskrit word ‘Yuj’ meaning to join or unite.

“In today’s world of high technology and hectic life, yoga is playing an important role in maintaining fitness and mental stability,” he said.

“It consists of various poses and postures of the body and in the Sanskrit word we call it ‘asanas’.

“Some poses or asanas are complicated and therefore they need proper instructions but some of them are very simple and can be practised from the comforts of our homes.”

Meanwhile Raiwaqa resident Sinu Talemaitoga said the yoga day celebrations inspired her to take the practise up as a form of daily exercise.

Ms Taleimaitoga said the practise was easy to follow and relate to.

This year’s celebrations was held  at the My Suva Park.