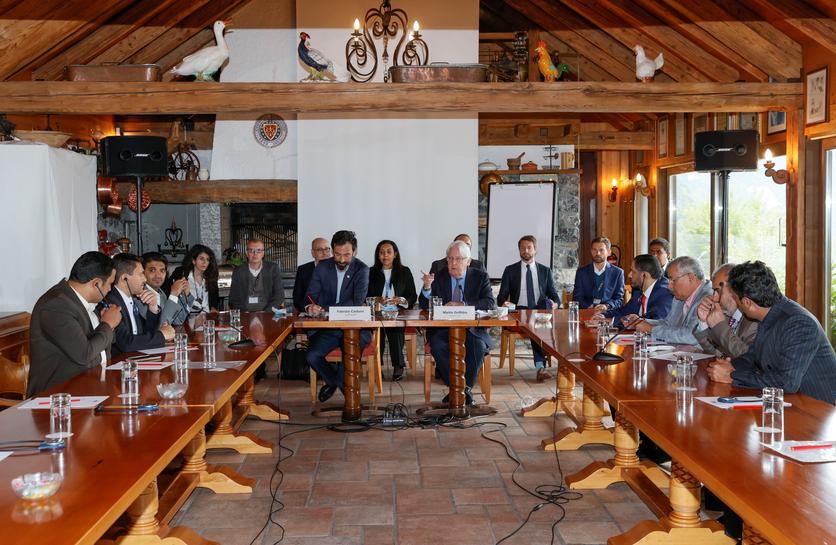 GLION, Switzerland (Reuters) – The U.N. Special Envoy for Yemen wants to build on Sunday’s announcement of the largest prisoner exchange agreement in the five-year conflict to pave the way for a national ceasefire and a political solution to end the war, he said.Yemen’s warring parties agreed to exchange 1,081 prisoners, including 15 Saudis, as part of trust-building steps aimed at reviving a stalled peace process, the United Nations said.“I was told that it’s very rare to have prisoner releases of this scale during the conflict, that they mostly happen after a conflict,” U.N. envoy Martin Griffiths told Reuters in the Swiss village of Glion where the deal was announced.

The timing, sequence and logistics of the exchange were still being finalised by the International Committee of the Red Cross, which will organise the transfers, he said.

Griffiths is trying to restart political negotiations to end the war, which has killed tens of thousands of people and caused what the United Nations describes as the world’s largest humanitarian crisis with millions on the brink of famine.

The Yemeni government, backed by a Saudi-led military coalition, and the Iran-aligned Houthi movement they have been battling for over five years signed a deal in late 2018 to swap some 15,000 detainees split between both sides but the pact has been slowly and only partially implemented.

“Our overall aim at the moment is to bring an agreement on what we call a joint declaration which is a national ceasefire to end the war in Yemen,” Griffiths said, adding it would be accompanied by measures to open up ports, airports and roads.

“This achievement here I think will undoubtedly have a bounce effect for that, that it will encourage the parties to go the extra mile to resolve final differences,” he said.

Heads of the delegations hugged after closing their discussions, with Griffiths saying: “Well done, well done.”

Saudi Arabia welcomed the agreement as a step towards a comprehensive political solution and called on the Houthis not to undermine Griffiths’ efforts.

“The aim behind this agreement is purely humanitarian. It will also establish a solid base for dialogue and for reaching a comprehensive political solution,” said Colonel Turki al-Malki, spokesman for the military coalition.

During a news conference in Riyadh, Malki said the first phase of the agreement would release 400 people, including 15 Saudi soldiers and four Sudanese, while the coalition would free 681 Houthi fighters in the largest swap since the peace talks in Stockholm in December 2018.

Abdulkader al-Murtada, of the Houthi prisoner exchange committee Abdulkader al-Murtada, gave the same figures to reporters in Glion, saying: “Of course this file is considered to be one of building trust between the parties and if there has been any positive movement in the prisoners’ file, without a doubt it will influence the other files.”

Yemen has been mired in conflict since the Houthis ousted the internationally recognised government in the capital, Sanaa, in late 2014, prompting the Western-backed coalition to intervene in March 2015.

The conflict, seen in the region as a proxy war between Saudi Arabia and Iran, has been in military stalemate for years with the Houthis holding Sanaa and most big urban centres.

The Saudi-led coalition said on Sunday it had intercepted a drone over Yemen that the Houthis had fired towards southern Saudi Arabia.