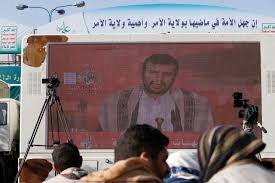 FILE PHOTO: Leader of the Shi'ite Houthi movement, Abdul-Malik Badruddin al-Houthi, addresses supporters via a screen during a demonstration to mark the Ashura holy day, which commemorates the 7th century death of a grandson of the prophet Muhammad, in Sanaa, Yemen September 30, 2017. REUTERS/Khaled Abdullah

DUBAI (Reuters) – Yemen’s Houthi forces have missiles that could be fired at Riyadh, Dubai and Abu Dhabi should violence escalate in the main Yemeni port city of Hodeidah, where a fragile ceasefire is now in place, the leader of the Houthi movement said on Monday. Yemen’s four-year war pits the Iran-aligned Houthis against the […]