Yauvoli commissioned at Fiji’s ambassador to the US 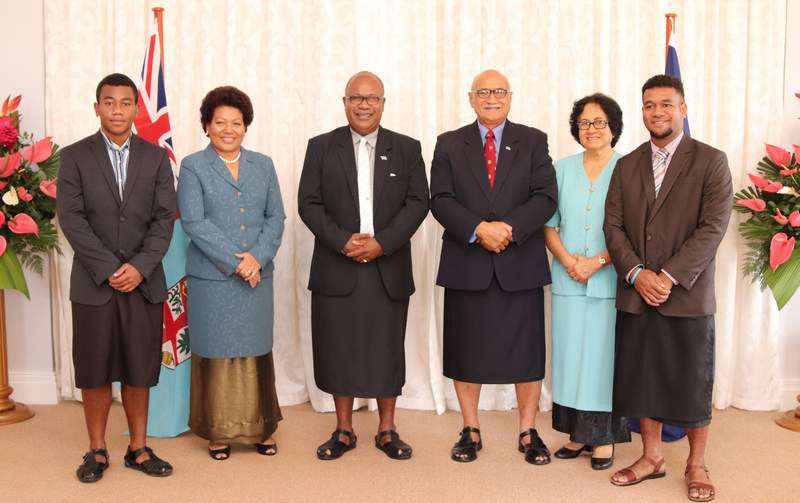 Amenatave Vakasavuwaqa Yauvoli was officially commissioned as Fiji’s Ambassador of the Republic of Fiji to the United States of America yesterday by the President, Jioji Konrote at the State House in Suva.

Mr Yauvoli thanked the Fijian government for having faith and confidence in him to deliver an important diplomatic appointment as Fiji’s Ambassador to the United States and Canada.  He said that he will do his utmost best to advance Fiji’s interests abroad and take Fiji and United States relations to new heights, particularly in advancing Fiji and US cooperation in areas of investment, trade, defence and security, to name a few.

He said that the Mission will also engage on strengthening cooperation with the Fijian diaspora in the United States and Canada and encourage them in diaspora investment in their areas of specific interest.

There are potential areas of collaboration that the US Embassy in Fiji and the Fiji Mission in the United States will be looking to advance in areas of economic and social development.

Mr Yauvoli attained a distinguished career both as a Fijian diplomat and civil servant with commencement of work into the civil service in 1988 and has more than 30 years of working experience at the international, regional and national levels, having worked at the Pacific level in four Pacific regional organisations (SPREP, SPC, PIDF, MSG Secretariat) and at the international level with a stint at the WTO HQ based in Geneva, and in the United Nations Framework Convention on Climate Change based in Bonn, Germany.

Mr Yauvoli was the recent Director General in the Melanesian Spearhead Group (MSG) Secretariat based in Port Vila, Vanuatu from 2016 to 2020.

Prior to that, he worked as the Fijian Ambassador for Climate Change and Oceans from 2015 to 2016 and Interim Secretary General of the Pacific Islands Development Forum (PIDF).

He was the former Permanent Secretary Foreign Affairs from 2013 to 2014.

Other distinguished leadership roles undertaken by Mr Yavoli are as follows:

He also attained a Diploma in Multilateral Trade Negotiations in 2000 from the WTO Training Institute.