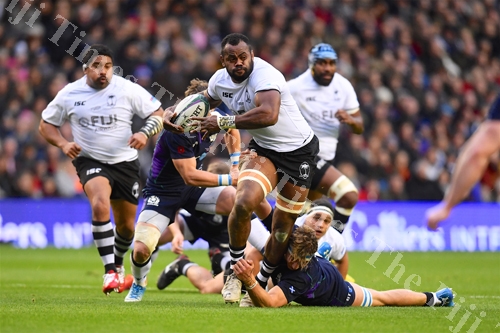 FRANCE-BASED Clermont Top 14 flanker Peceli Yato expects a lot of competition at the 2019 RWC in Japan which starts in September.

Yato was rated as one of the top 15 players by Rugby World magazine along with Olympic gold medallist Viliame Mata for 2019.

Yato said despite the loss to Toulon in the French Pro 14 final, his season went well.

“Everything in France is a physical game and any team can win the Top 14 competition,” Yato said.

“We were lucky to make our eighth final but we lost to Toulon.”

Yato was one of the youngest players who participated in the 2015 RWC at the age of 22.

“This is my second RWC but in the first one in 2015 I was one of the youngest in the team and I was very nervous.”

The 26-year-old said that he felt proud to be part of the RWC training squad over again.

“I have things to improve on and I’m learning with the other players. Now the other younger players are learning from me as well.”

Yato said he would be trying to improve his performance in the match against the Maori All Blacks next weekend.

“Whenever the Maori All Blacks team comes to Fiji they win,” he said.

“So it is important for me to try retain my position in the team,” the Nadroga man said.