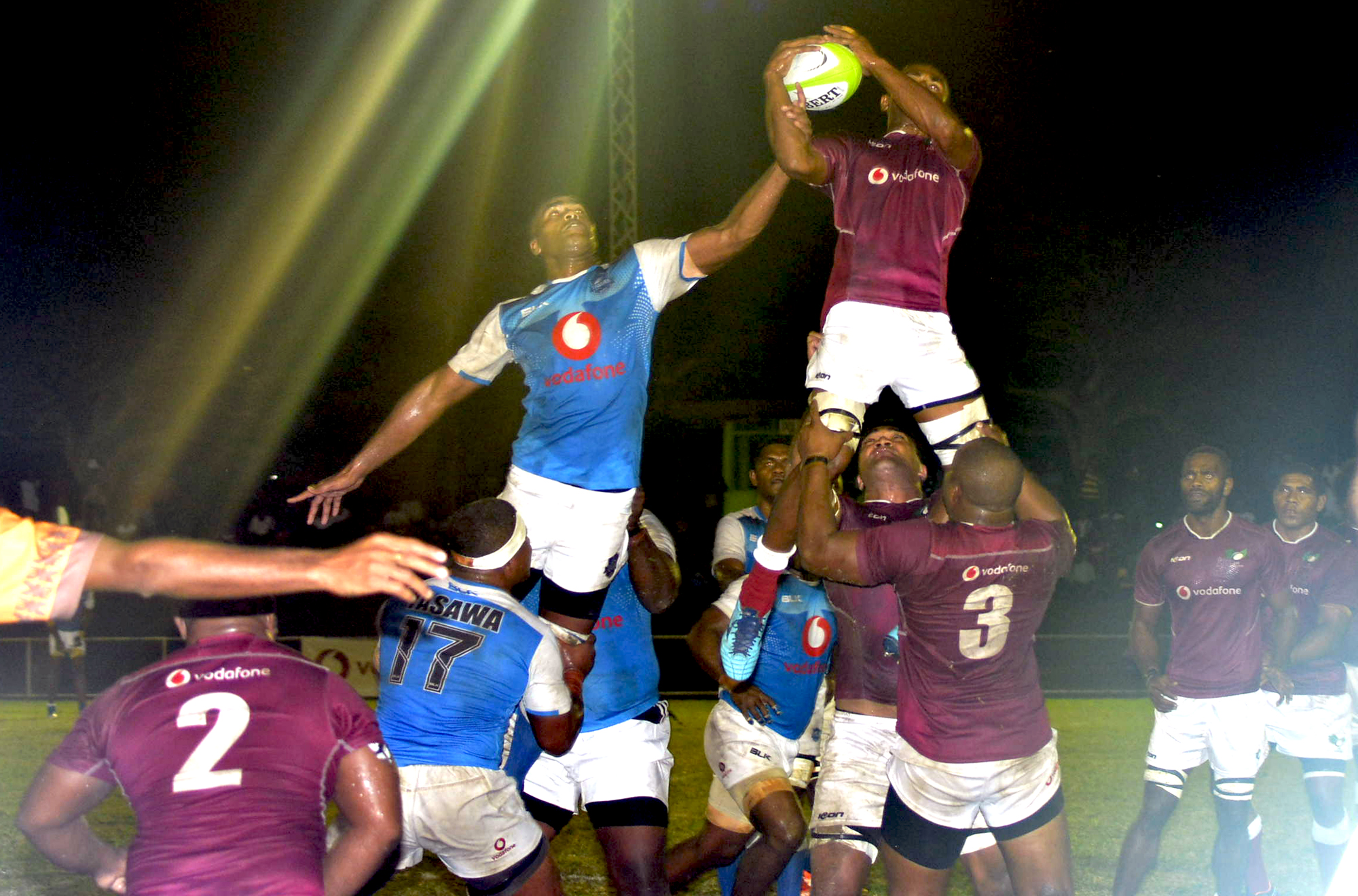 Lautoka’s Sairusi Rokomotutu wins a line out against Yasawa during their match in the Vodafone Vanua Challenge Final at Prince Charles Park Nadi. Picture: REINAL CHAND

Yasawa which created history last week after being promoted to the major division for the first time, had the final laugh in the match which was likened to the Australian Rugby League State of Origin series.

Fullback Uliano Cokanauto proved to be the star for Yasawa nailing a last gasp conversion in the come from behind victory. Lautoka led Yasawa 17-10 at halftime but it was Inia Rokomatu who grabbed two late tries for Yasawa to make it a grandstand finish.

Yasawa Rugby Union president Mosese Naivalu said his boys never lost hope after being down at the break.

Naivalu said their hard work during the week paid dividends.

“We went into the match as the underdogs but came out as champions,” he said.

“The boys were a bit slow during the breakdowns in the first half. They lifted their intensity in the second half and managed to penetrate the Lautoka defence.”

Yasawa opened the scoring in the third minute through the boots of centre Jovesa Vetaukula. Lautoka hit back immediately scoring three tries within 20 minutes.

Sunia Talebula kicked a conversion to give the Maroons a handsome lead.

Relentless pressure by the Yasawa forwards enabled number eight Jone Tanoa to barge his way over the Lautoka try line in the 39th minute.

Talebula added to Lautoka’s tally with a penalty in the opening moments of the second spell.