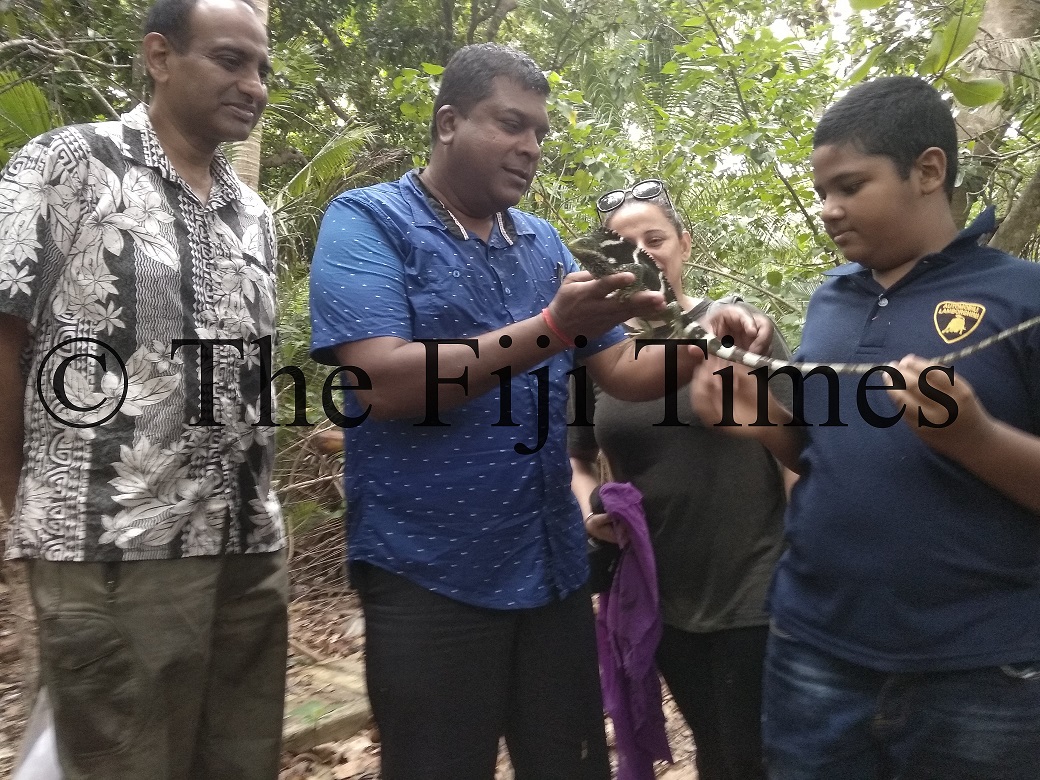 Yadua Taba, located on Yadua Island in the district of Vuya, Bua, on Vanua Levu is a stronghold for Fiji’s crested iguana species, home to approximately 98 per cent of the world’s population, estimated to be between 10,000 to 13,000 animals.

Minister for Environment Dr Mahendra Reddy highlighted this in Parliament last Wednesday citing his visit to the island on May 21, 2020, to launch the Iguana Conservation Policy that aims to conserve and protect Fiji’s endemic crested iguana species.

Mr Reddy says the crested iguana on Yadua Taba is the only legally-protected population in Fiji.

“Yadua has close to 13,000 and another 1000 on Malolo Island. That is what we have in the entire world and, therefore, this crested iguana is endemic, only found in Fiji,” the Minister said.

“Through this policy, the ministry translates the Government’s environment and biodiversity targets into actions and it illustrates our leadership in protecting endangered species.”

Mr Reddy said he had met members of the vanua on Yadua Island and acknowledged them for allowing Yadua Taba to be a sanctuary for the crested iguana.

He added that he had had a talanoa session with the people to discuss how the Government could assist them in supporting their work on the island, given that they had allocated that particular island as a sanctuary.

Mr Reddy told Parliament that last Wednesday, he met the permanent secretary for the Ministry of Agriculture and Environment to put into action the assistance to be delivered on the island.

He said the assistance would be carried out in three to four weeks’ time.