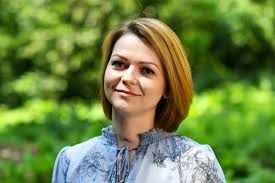 FILE PHOTO: Yulia Skripal, who was poisoned in Salisbury along with her father, Russian spy Sergei Skripal, speaks to Reuters in London, Britain, May 23, 2018. REUTERS/Dylan Martinez/File Photo

LONDON (Reuters) – British Prime Minister Theresa May’s office posted a picture of the wrong English city when it sought to mark the anniversary of the poisoning of a former Russian double agent that London has blamed on the Kremlin. Over a picture of green trees, a river and Bath’s spire, Theresa May’s twitter feed […]