Wozniacki to retire after Australian Open 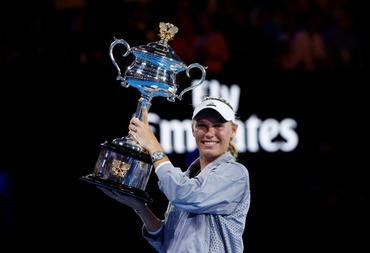 COPENHAGEN (Reuters) – Former world number one Caroline Wozniacki said on Friday she will retire from tennis after January’s Australian Open — the venue of her sole Grand Slam triumph.

The 29-year-old, who triumphed in Melbourne last year, said her retirement had nothing to do with her health and that she wanted to accomplish more in life off the court with her husband David Lee, a professional basketball player.

The Dane had opened up about her battle with rheumatoid arthritis in October last year, saying there were days when she found it hard to get out of bed, but finished the 2018 season as the world number three.

“I’ve accomplished everything I could ever dream of on the court,” Wozniacki wrote on Instagram here “I’ve always told myself, when the time comes, that there are things away from tennis that I want to do more, then it’s time to be done.

“In recent months, I’ve realized that there is a lot more in life that I’d like to accomplish off the court.

“Getting married to David was one of those goals and starting a family with him while continuing to travel the world and helping raise awareness about rheumatoid arthritis (project upcoming) are all passions of mine moving forward.”