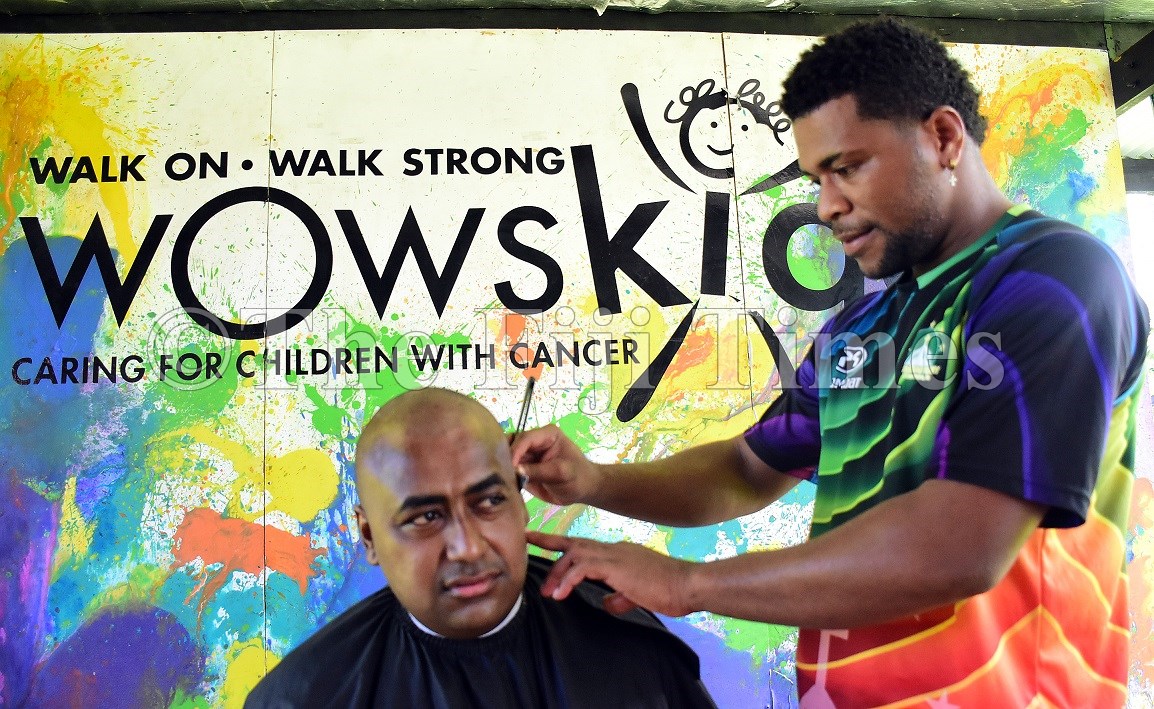 Despite exceeding his pledge of $1000 and raising $1700 for the Shave It or Save It campaign, WOWS Kids Fiji ambassador Pita Waqavonovono still opted to shave his head.

The 31-year-old had earlier posted a Facebook status as a challenge to determine how many would agree to him shaving his head.

After receiving more than 2000 comments in a short while, Mr Waqanovonovo decided to channel the energy to a better cause and raised $1700 which was handed over to the WOWS Kids Fiji resource centre.

“Ever since I started this fundraising bid, I noticed how many families actually depend on the work of the WOWS resource centre,” he said.

“During the time of COVID-19, parents of children suffering from cancer may not have enough money for treatment, transport and medicine, so this resource centre provides a lot of support to them.”

He also highlighted how facilities at the resource centre such as its kitchen, living space and utilities such as the washing machine and dryer helped parents and the children under WOWS care.

“Parents are able to bring their children’s clothes from the hospital to wash and dry here and also they can use the kitchen to heat their food or cook something fresh.”

Mr Waqavonovono commended the efforts of WOWS Kids Fiji and urged the public to actively participate in the challenge in a bid to support children fighting cancer in Fiji.

Fourteen children have passed away due to cancer this year alone while there are 70 children suffering from various types of cancer in Fiji.

WOWS Kids Fiji is a non-profit charity foundation for children with cancer in Fiji.