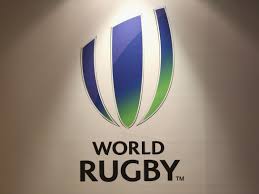 DUBLIN, 30 MAY 2020 (INSIDE THE GAMES) – World Rugby has turned down a suggestion made by the former chief executive of the Rugby Football Union (RFU), Francis Baron, who said that Britain could host a major international rugby event in 2021 to help with the impact of COVID-19.

Baron drew-up plans for a “World Cup of Rugby” – to be organised by the English rugby body and held around the UK and Ireland in June and July 2021, featuring 16 teams.

The proposals would have also meant the postponement of the British and Irish Lions tour of South Africa.

Speaking to the Telegraph, Baron said: “The RFU should take a leadership position and propose to other major unions and World Rugby that a special one-off tournament be held in the UK and Ireland in June and July next year.

“Its key selling point is that all the money raised would be for keeping the game of rugby alive around the world.

“I have talked to one or two senior colleagues and they all think the country would get right behind it, as they did with the tournament [World Cup] in England in 2015.

“I think the four home unions would support it because a number of big matches would be held in each of England, Ireland, Scotland and Wales.

“The key will be winning the support of the southern hemisphere unions but with everyone facing horrendous financial challenges, this is a bold and ambitious plan to raise large amounts of new cash from which they will be major beneficiaries.”

World Rugby dismissed the suggestion, stating that it was still focused on providing relief to national bodies and is working towards the 2023 World Cup in France.

“World Rugby notes a proposal by former RFU chief executive Francis Baron suggesting the organisation of a major international rugby event in the UK in 2021 to alleviate the impact of COVID-19 on global rugby,” the governing body said.

“World Rugby does not intend to pursue such a proposal.

“All stakeholders continue to progress productive discussions regarding the immediate global COVID-19 financial relief strategy and international rugby calendar optimisation, both of which will further the success of Rugby World Cup 2023 in France.”

To date, there have been more than 5.8 million confirmed cases of COVID-19 worldwide, resulting in the deaths of more than 357,000 people.