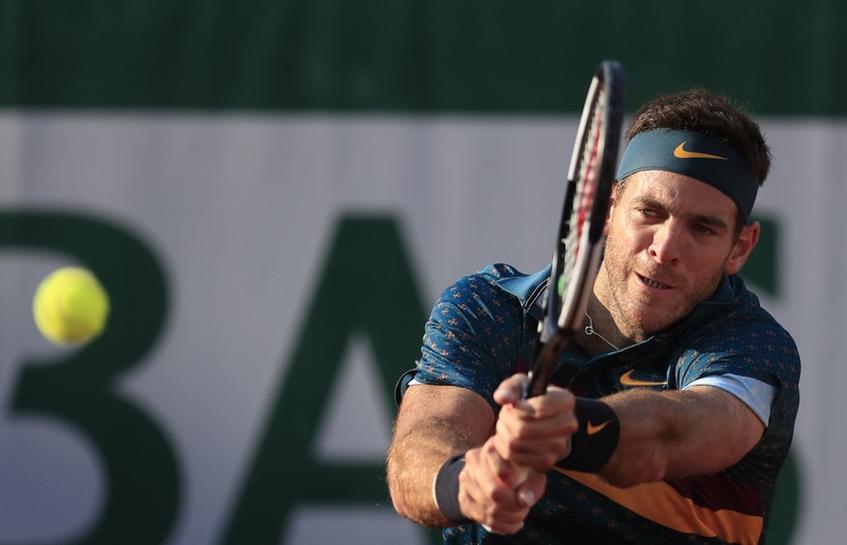 The 30-year-old del Potro said he won’t play again in 2019. It is the second time in eight months that he has fractured the right kneecap.

A statement from del Potro’s team said a “bone fragment” was removed during the surgery.

The injury occurred when del Potro slipped during the second set of Wednesday’s first-round match against Denis Shapovalov at the Fever-Tree Championships at the Queen’s Club in London. He finished the match — he won 7-5, 6-4 — before seeking medical treatment and withdrawing from the tournament.

Prior to the surgery, del Potro was concerned on whether his tennis career could be over. He said he was assured by doctors that another kneecap surgery was necessary for his future outside of tennis.

“I asked them for the best option health-wise, not just for tennis,” Del Potro said on his Instagram account. “As you can imagine, this is a tough moment. It’s sad to go through all this again. I didn’t expect this at all … hopefully I will have a good recovery. I hope my knee can heal properly.”

After the surgery, del Potro posted a picture of himself in a hospital bed, his right leg heavily wrapped up to his thigh.

The injury means the Argentine standout will miss upcoming Wimbledon as well as the U.S. Open, which begins in late August.

Del Potro also has undergone four wrist surgeries during his career — three on his left one and one on his right — and missed most of the 2014 and 2015 seasons due to left wrist issues.