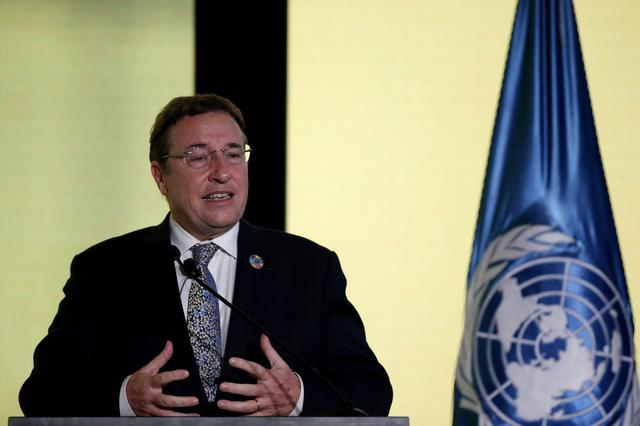 BOGOTA (Reuters) – Political leaders around the world could face growing citizen anger if they cannot re-engage with unhappy populations, a United Nations official said on Monday, as heads of state around the world grapple with protests.

Demonstrations in Latin America and elsewhere are connected to impatience with leaders who need to address the inequalities of the 21st century, said Achim Steiner, administrator of the United Nations Development Program (UNDP), in an interview.

“Those who hold the power (…) need to recognize that unless they can respond to the particular sense of grief that people feel, their legitimacy will be challenged,” Steiner said at the Bogota launch of the UNDP’s annual report on human development. “My hope is that these protests are in many respects a wake-up call.”

As countries rush to develop, the frustration of those who remain without access to higher education, the digital economy or services like broadband could fuel political tension, Steiner said.

Broadband subscriptions grew 15 times faster in highly developed countries than in low developed ones, the report added. Climate change will also contribute to inequality, as those with fewer resources struggle to protect themselves from extreme weather and natural disasters.

“It is no coincidence that this is not a phenomenon of Colombia or of Latin America; it is happening worldwide,” Steiner said. “The political polarization and sometimes the explosion of protest are happening across the world.”

Recent protests in the region have also rocked countries including Chile, Ecuador and Bolivia. Elsewhere, there have been mass demonstrations in Lebanon and Hong Kong.