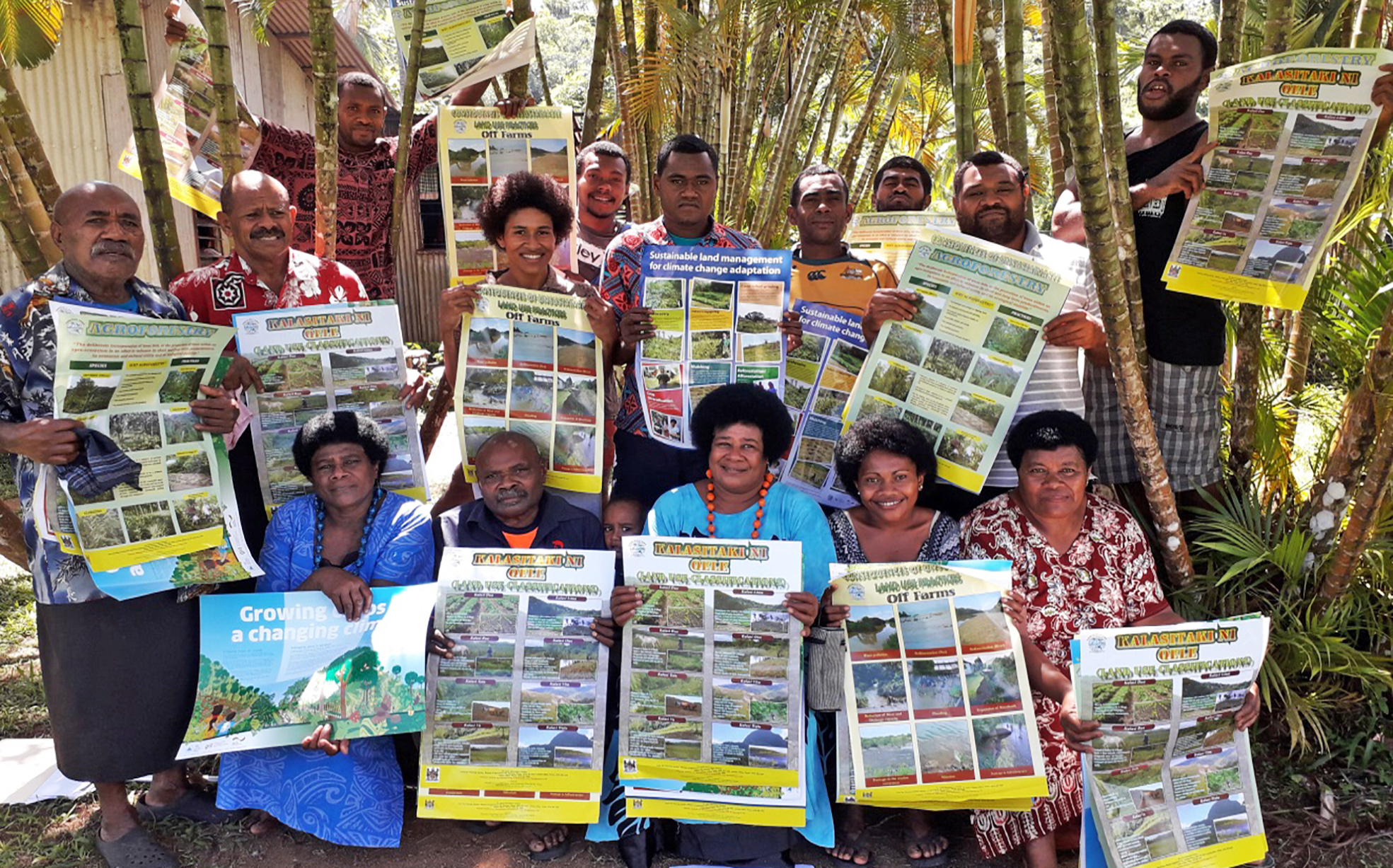 Villagers of Tabulotu in Macuata with Ministry of Agriculture officials after the workshop. Picture: SUPPLIED

WOMEN are more than capable of doing more work on the farms than just assisting their husbands with small chores, says Ministry of Agriculture officer Timoci Vakaboro.

While conducting a three-day workshop on “Sustainable Land Management and Farming as a Business” at Tabulotu Village in Macuata, Vanua Levu, Mr Vakaboro encouraged women to make a difference because they were capable of doing so.

“The response from women farmers has been great and encouraging, confirming that nowadays women’s roles are not limited to the four walls of the house,” he said.

“Women are part of our target to set up the cluster group in Tabulotu, and we ensure that women in communities are also given the same attention as their male counterparts.

“This program is to enlighten farmers on farming as a business and sustainable land management within the area, and is becoming inclusive in recognising women farmers too.”

Mr Vakaboro said 43 farmers which included women, men and youths were part of the workshop.

“Mostly, women are involved in assisting men through planting of dalo and yaqona farming in large quantities which are also their main sources of income,” he said.

“These farming clusters which also include women come under our land care group, which comes under a group that looks after the sustainable use of land for farming.”

“Farmers have been encouraged to pursue revenue-generation farming projects and at the same time instilling groups with sustainable farming methods,” he said.

“Through this workshop we worked with farmers to identify suitable markets for their crops and even linked farmers to local supermarkets.

“Farmers are producing crops, but they often find difficulties in finding suitable markets to sell their produce.”