‘Workers will show up’ 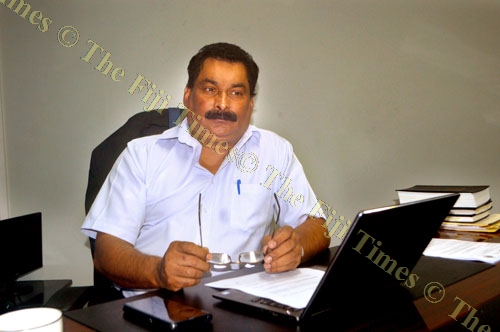 WATER Authority of Fiji workers who have been issued termination letters will report for duty this morning, says National Union of Workers general secretary Felix Anthony.

“As far as we are concerned, these 2900 workers are still employees of WAF and we expect them to enter the gates and begin work,” he said.

“We take note of the comments made by WAF board chairman Bhavesh Patel where he claims that no WAF worker was terminated and the contract workers’ contracts had come to an end.

“My question is this — did 2300 WAF contractors all end on the same day?

“What we are experiencing is that workers with years of service are being terminated under the guise of project workers.

Mr Patel said in a statement the NUW was attempting to mislead Fijians by giving incorrect information which caused “fear and confusion”.

Mr Patel also said the NUW had touted the lie that 2900 WAF workers including 600 permanent workers were terminated.

He said “most” had successfully passed performance assessments and their contracts were being renewed.

Mr Patel also accused The Fiji Times of publishing fake news, because no contract worker was being terminated, they had simply come to the end of their contracts.

However, workers this newspaper spoke to claimed they had been working anywhere between three to seven years and had only been informed that they would be terminated a week before the termination date of April 30.

Mr Anthony said WAF management never met the NUW to convey its intentions prior to handing out termination letters to workers.

Questions sent to Infrastructure Minister Jone Usamate regarding the plight of workers and other issues on Friday, April 26, Monday, April 29 and again yesterday remain unanswered.