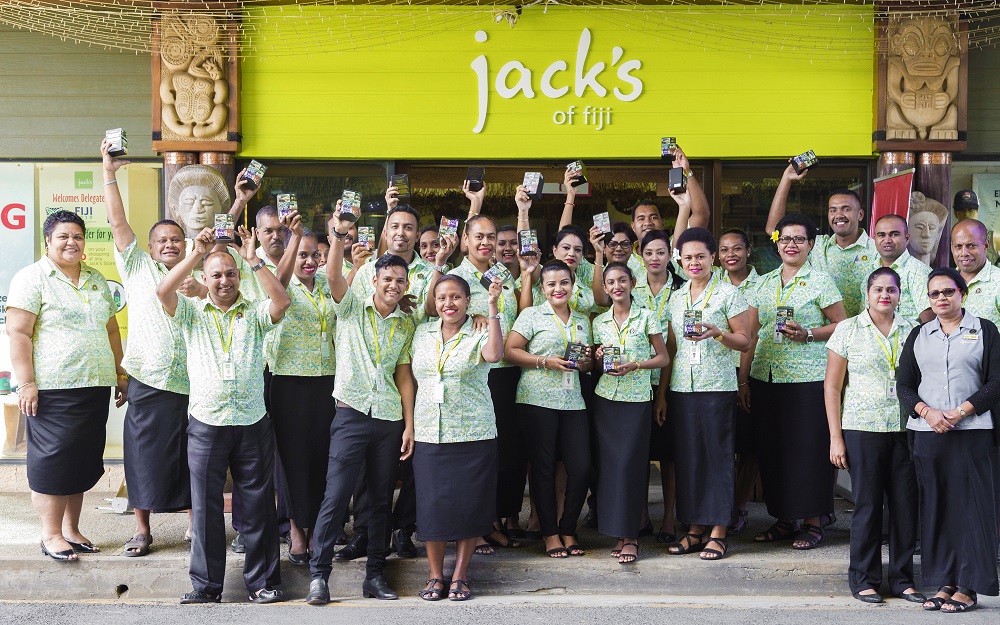 ONE of Fiji’s renowned retail outlets Jack’s of Fiji, marked its 50th anniversary with a commemoration gift given to its permanent staff members to mark the milestone.

The token in the form of commemorative wrist watches were given to acknowledge the hard work each Jack’s of Fiji staff member has done to contribute to the company’s success.

Jack’s Group of Companies chairman Dilip Khatri said the company’s growth since 1969 had been a testament of the hard work put in by the company’s people.

“Living the vision that our employees are our greatest assets, Jack’s of Fiji goes above and beyond to take care of its employees,” he said.

According to the company, the special gift was part of the 50th anniversary celebration and activities which would be held throughout the year such as charity events.

As part of the celebrations, the company also refurbished and opened its Lautoka and Suva’s Pier St main stores earlier this year.