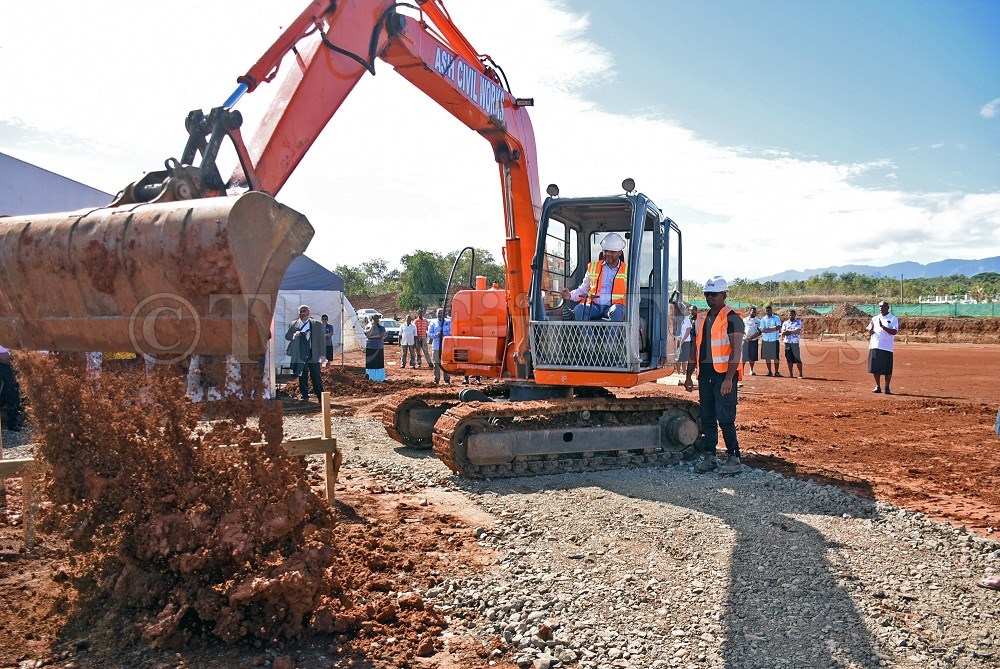 NewWorld IGA chairman Pravin Patel said when operational, the centre would supply 19 of their own stores and many other smaller stores scattered around the country, including outer islands.

“Despite the recent setback with the pandemic we are undertaking this venture because as a company, we have great confidence in the strength of our economy and the stability of our leadership,” Mr Patel said.

“But most significant of all, NewWorld, takes great pride in the resilience and strength of all Fijians through these challenging times.

“But we know, better times are ahead.” Mr Patel revealed that the company now employs approximately 1200 Fijians, with more than half being women.

He said the centre would streamline the delivery of products to their stores.

“And we will be welcoming a further 100 plus Fijians into our NewWorld family.

“Out of that, we have over 3000 products that are exclusive to NewWorld and NewWorld IGA. We also support a lot of local farmers and meat producers.”

Mr Patel added the new centre layout would be based on the best practices developed by their partner, Independent Grocers Alliance (IGA) USA.

He also acknowledged the founders of the business, his father and uncle, Chotabhai and Maganbhai Patel who started a corner shop in Ba operating as CP Patel and Company Ltd.

The A-G acknowledged the company for its confidence in the Fijian economy and its willingness to invest.