Woods withdraws from Northern Trust Open with stiff back 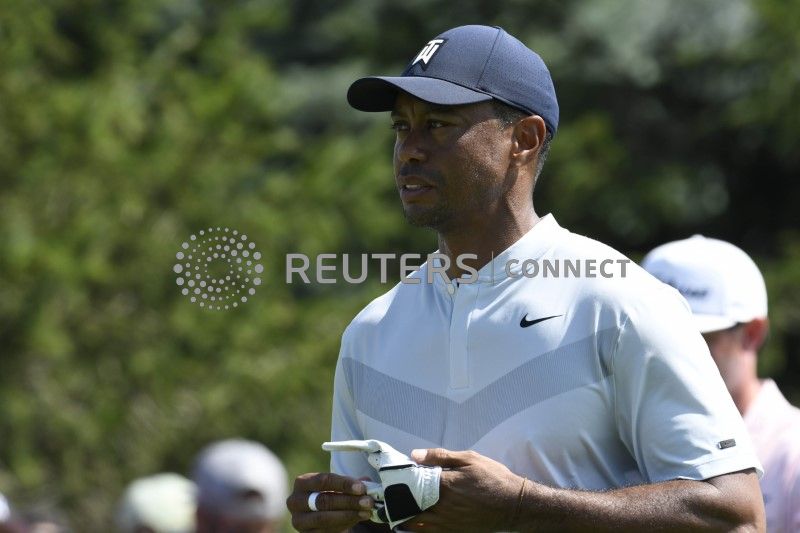 (Reuters) – Tiger Woods has been forced to withdraw from the Northern Trust Open due to pain and stiffness in his surgically repaired back, the PGA Tour said on Friday.

Woods, 43, had acknowledged that his back was stiff on the eve of the first event of the PGA Tour’s FedEx Cup playoffs which had limited his ability to practice.

The 15-times major champion struggled to compete in the first round and carded a four-over-par 75 which left him 13 strokes behind American leader Troy Merritt.

“I went for treatment early Friday morning, but unfortunately I’m still unable to compete,” Woods was quoted as saying by the PGA Tour.

“I’d like to thank the New Jersey and New York fans for their support and remain hopeful I can compete next week at the BMW Championship.”

The American’s withdrawal means Woods will have to wait longer to tie Sam Snead’s record of 82 PGA Tour victories.