Woods pays price for being inadequately prepared for PGA Championship 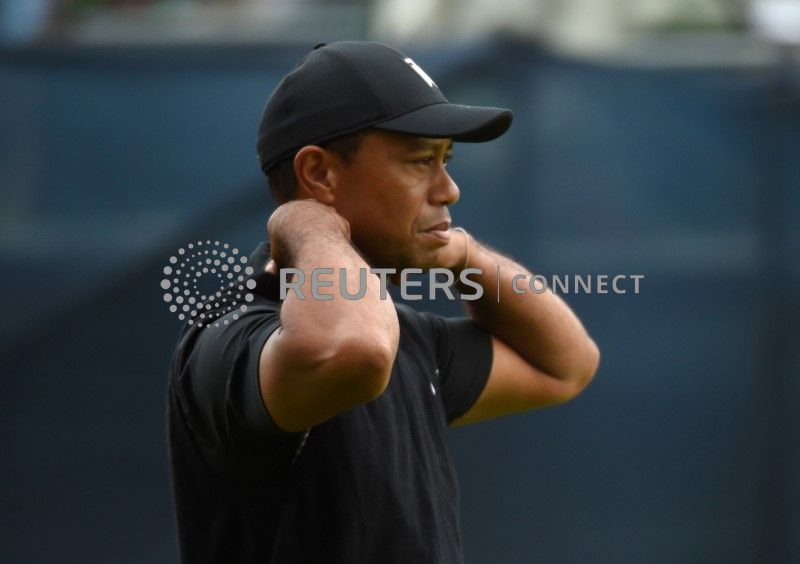 FARMINGDALE, N.Y. (Reuters) – Tiger Woods acknowledged after missing the cut at the PGA Championship on Friday that he had paid the price for not being adequately prepared for another major quest so soon after winning the Masters.

A month after claiming his 15th major title at Augusta National, Woods crashed back to earth in his first tournament appearance since, recording a five-over 145 total at Bethpage Black.

Even the support of a boisterous Long Island gallery could not lift Woods, who putted poorly in the first round and drove the ball badly in the second.

“I’m the Masters Champion and 43 years old and that’s a pretty good accomplishment,” Woods said after shooting a 36-hole score that was 17 strokes worse than leader Brooks Koepka.

“I’ve enjoyed being the Masters champion again, and the PGA was a quick turnaround, and unfortunately I just didn’t play well.”

Woods probably paid the price for not playing a tournament between the Masters and PGA and for only getting in nine holes at Bethpage in practice this week.

He had planned to play a further nine holes on Wednesday, but his preparation took a further hit when he did not feel well on tournament eve and spent the day resting instead.

“It’s just the way it goes,” he said. “Just (did not) feel well and just not able to do it, but resting would be better, so I would have energy to play.

It is the third time in his past four appearances at the PGA Championship that Woods has bowed out early, though he was hampered by a bad back injury in 2014 and 2015.

He did not play the following two years, before finishing second to Koepka last year.

Woods’ next appearance is likely to be the Jack Nicklaus-hosted Memorial tournament in Ohio in two weeks, before his next major start at the U.S. Open at Pebble Beach from June 13-16.

He vowed to be better prepared then.

“There’s no reason why I can’t get up to speed again and crank it back up,” he said. “I’ve got to start feeling a little bit better first before that happens.

“We’ll do that first and then start cranking it back up again.

“I just wasn’t moving the way I needed to. That’s the way it goes. There’s going to be days and weeks where it’s just not going to work, and today was one of those days.”