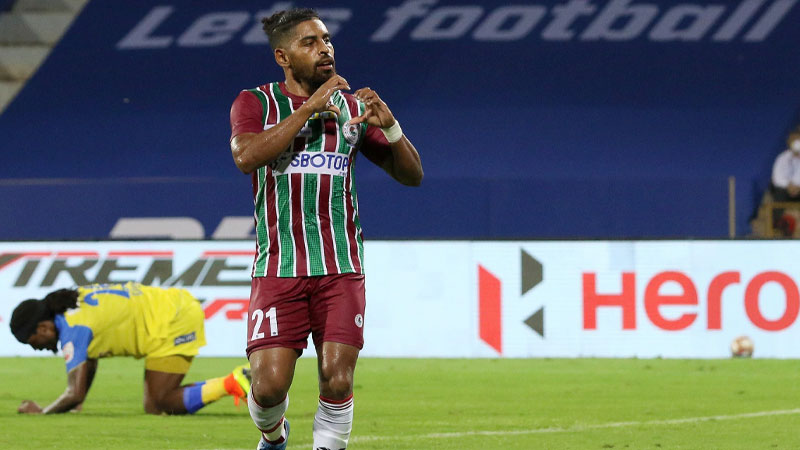 The Digicel Fiji football side is on its way to Qatar in their first step towards trying to get a maiden berth in the World Cup.

The Bula Boys have tried extremely hard over the past years and while Australia always got ahead from this region until they decided to join the Asia Confederation, New Zealand has been the only other qualifier from this region.

Fiji’s best finish in a qualifier was runner-up on three occasions between 1994 and 2002.

And while hopes are high in the team – there are many doubters especially because the team hasn’t played a warm-up or friendly international as they had to call off planned tours to Melbourne last month.

The Fijian campaign will be led by Siberia, Labasa’s “wonder boy” Roy Krishna, who is plying his trade with ATK Mohun Bagan, in India.

And guess what – this will be Krishna’s swan song as far as a World Cup qualifier outing is concerned.

He told me in an exclusive interview (thanks to Fiji team manager, Anushil Kumar for arranging the interview) that this is an important outing for him especially as he has been playing for the national side for 15 years.

He first represented Fiji in 2007 at 18 years of age in the Under-20 team before he joined the senior side a couple of years later.

He is 34 years old and he has admitted that this could be his last shot in the World Cup qualifier and he wants to finish on a high.

What a fantastic journey Roy has had in the sport and he has risen to become the poster boy of Fiji Football.

This will be the second time Krishna captains the Fijians in World Cup qualifiers, his first assignment in 2018 saw Fiji finish in third place.

Here’s an excerpt from my interview with Roy Krishna:

Satish: How are your preparations going on for the OFC World Cup qualifiers in Qatar?

Roy: My preparations are going well. I’ve fully recovered from my injury and I’m back in training with my club for almost two weeks now. The injury halted my training for a short while but after a number of sessions with our physios and personal training, I’ve joined the regular training sessions with the team. I’m also playing again after missing five matches due to my injury so I can say that I’m ready in terms of my fitness.

Satish: You have been appointed as the skipper of Team Digicel Fiji, what’s your take on the squad named for the qualifiers?

Roy: It’s a young but a formidable team so I know there’s going to be a lot of energy and speed despite some nerves at the start. The coach has been in camp with the team for some time so I’m sure he has picked the best to represent the nation. I’m looking forward to joining the team and working with them as soon as possible.

Satish: It’s going to be a tough journey in Qatar as you face New Zealand and New Caledonia in the group – both teams are ranked above Fiji along with Papua New Guinea?

Roy: Yes, it will be tough but we will do our best to win every single match on this outing. We haven’t played any international matches for two years now so it’s going to be new for a lot of the boys. While it may be a disadvantage in some ways as we have an inexperienced team, on the other hand, I think that will add to our advantage as the boys will be experiencing a different level of competition which will challenge us and also help us improve. This is a great
motivating factor to leave no stones unturned as we prepare to play the big boys.

Satish: What are your views and expectations heading to Qatar?

Roy: I think it is definitely a great opportunity for our boys to play this round in Qatar as it gives everyone a chance to experience playing not only better-ranked teams but also a chance to play in a world cup hosting nation. The atmosphere will be totally different from Fiji and I’m sure an eye-opening experience for many.

Satish: Do you think – having not played a friendly international after the tour to Australia was called off might work
against the team?

Roy: I don’t think it will work against us as other matches with Oceania teams have been secured during our stay in
Qatar. I think it will help the team acclimatise, adjust to the conditions there and get used to the stadiums.

Satish: What would you be aiming for at the play-offs?

Roy: I’m going to be positive and aim to win all our matches. I think it is an achievable target even though we will be playing against top teams from Oceania. We should go out there and play to the best of our ability and make history.

Satish: As captain – what would make you happy from this outing in Qatar?

Roy: Qualifying for the next stage would make me very happy. It’s going to bring so much confidence to our young boys and make everyone back home very proud.

Satish: Message to Fiji fans – especially when they’ll be watching all games live on TV here.

Roy: I would like to encourage everyone to tune in and watch the live matches and support the boys as they take on some of the biggest football-playing nations in Oceania. The boys need you, please send your good wishes to the team and support our campaign.

It’s time to get behind our national footballers as they embark on a journey that is going to be very tough and demanding.

The side starts its campaign on March 18 against New Caledonia before facing New Zealand and Papua New Guinea.

The top two sides in the group make the semifinals and the winner of this tournament will advance to play in a single inter-confederation playoff against Panama in July with the winner making the 2022 World Cup in Qatar.

For the Digicel Bula Boys – the equation is simple – six games in this tough journey for a ticket to the Qatar World Cup – something that has never been done by any Fijian side ever since football was born in 1938.

All the best Fleming, Roy, and the Bula Boys.