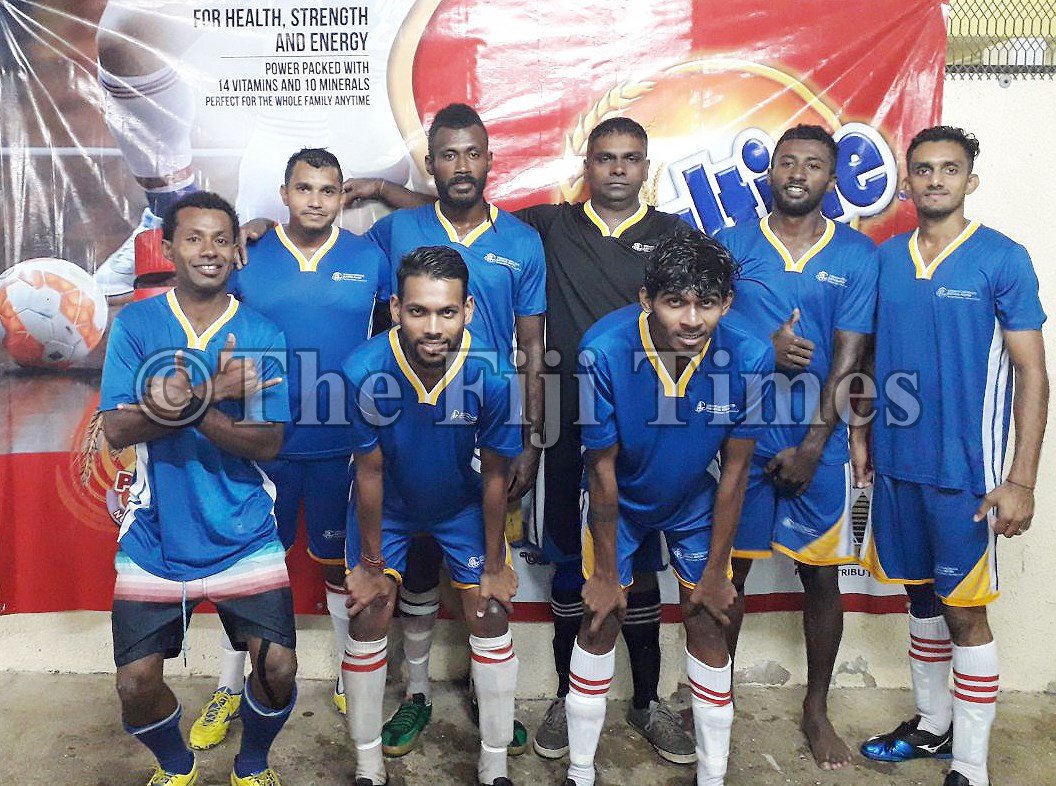 Intergroup Electrical is one of the many good teams to watch in the futsal league next month. Picture: SUPPLIED

The event which is organised by Bula Events Group, will also see the participation of four veteran’s teams.

Event coordinator Alan Kumar said the Southern Business House Futsal Soccer League which will be held at the National Hockey Centre in Laucala Bay will be unique from all previous competitions and will carry on from Tuesday, February 4 until May 2020.

“The response received from participating teams is huge and more details and fixtures will be released in the beginning of next month,” Mr Kumar said.

He said the theme of the event will be focusing on the battle against NCD’s and providing equal opportunities for everyone at the same time.

“We are very confident that the introduction of the veterans and women’s categories will add more interest from players and fans alike.”

Teams which have not registered for the games yet are urged to contact the organisers soon.