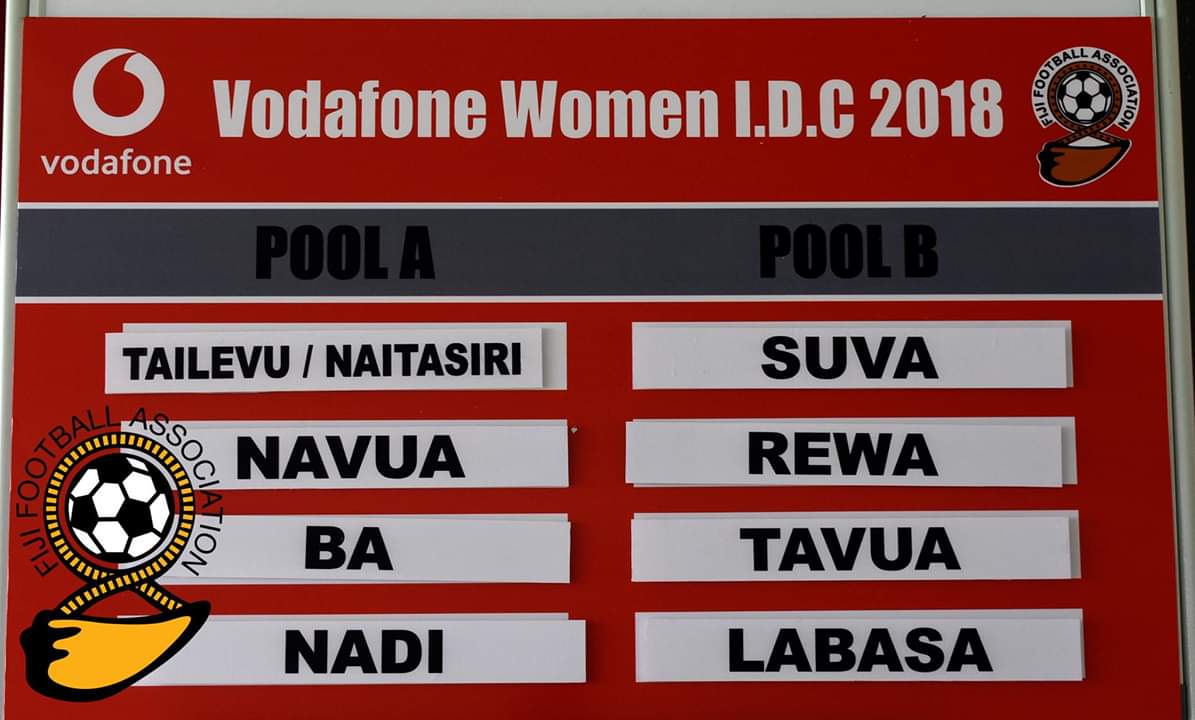 THE 2018 Vodafone Women’s IDC pool draws were carried out today at the Fiji FA Headquarters in Vatuwaqa, Suva.

Defending champions Ba is grouped in Group A with Tailevu Naitasiri, Navua and Nadi, while Group B have Rewa, Labasa, Suva, and Tavua.

The group stages of the tournament will be played next weekend at the FFA Academy Ground in Vatuwaqa, and the semi-finals and finals will be held a week later.