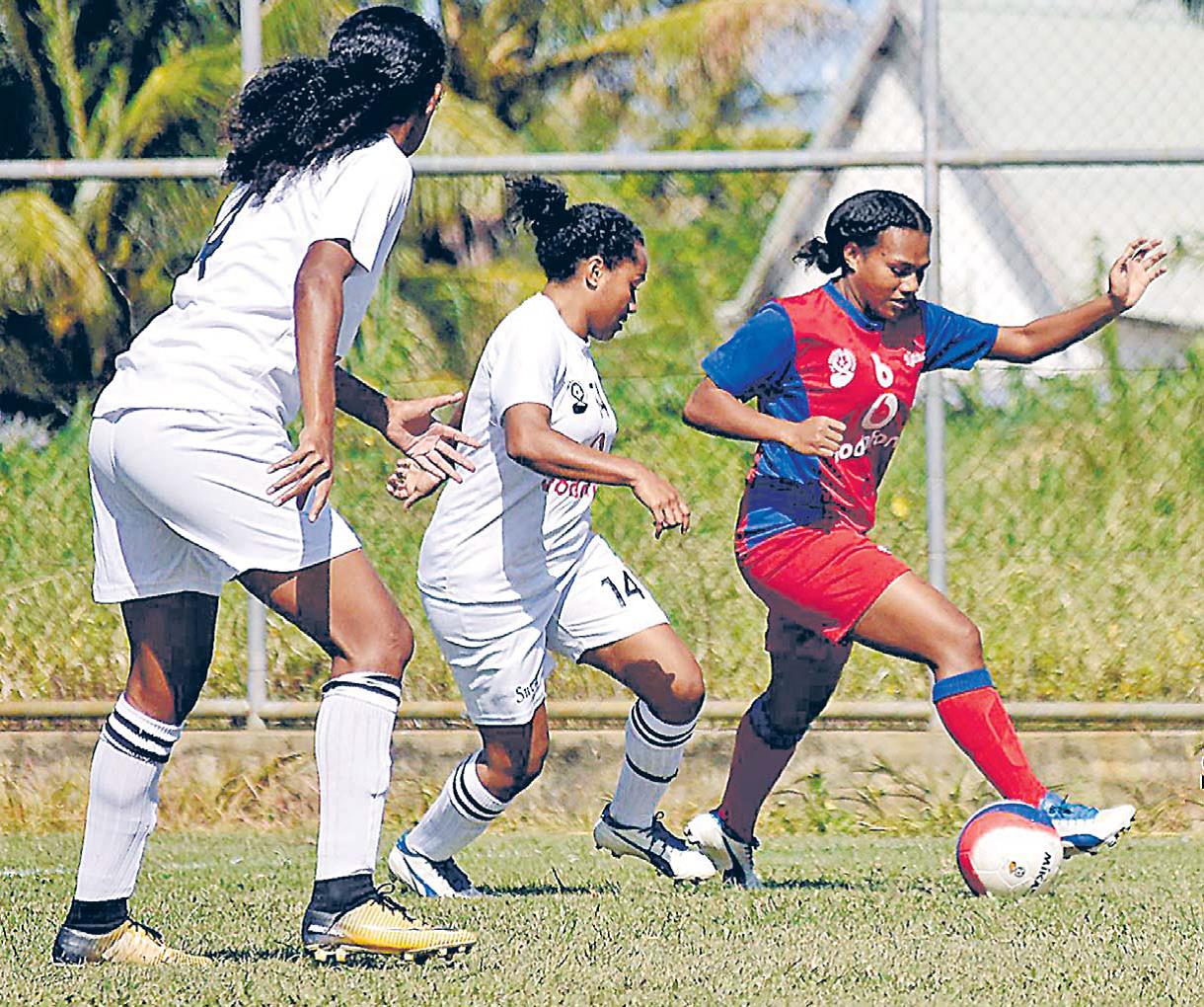 All the top women’s football teams will battle in Sigatoka this weekend in women’s IDC. Picture: FILE/SUPPLIED.

LAUTOKA Blues will start its Vodafone Premier League title defence when it faces giant-killer Tavua in the season opener on Sunday.

The side will be going for a win as a platform for their title defence campaign.

Team president Abdul Kadir said the first match would be tough especially after coming back from the festive season break.

He said the side expected a tough battle against Tavua and would field a strong team in their game of the season.

“The first game is always tough and we will do our best to get the start we want,” said Kadir.

“The Tavua boys cannot be taken lightly as they will come out firing. “All our boys are at training and we will treat this game as our final.

“Defending the title is always hard as all teams will want to beat us this season but I have faith in our players.”

The game will be held at Lautoka’s Churchill Park, 3pm.

Meanwhile, Lautoka will lose the services of striker Abbu Zahid and Mohammed Shazil. Zahid who was training with the Lautoka Blues after the festive season has rejoined the Men-in-Black.

Kadir said they had signed Zahid during this transfer window but Ba had made a counter offer.

“Abbu was training with us early this year but later changed his mind and join the Ba team.”

Kadir said they had enough players in the side to cover for the positions such as Benjamin Totori, Samuela Drudru and Samuela Nabenia.