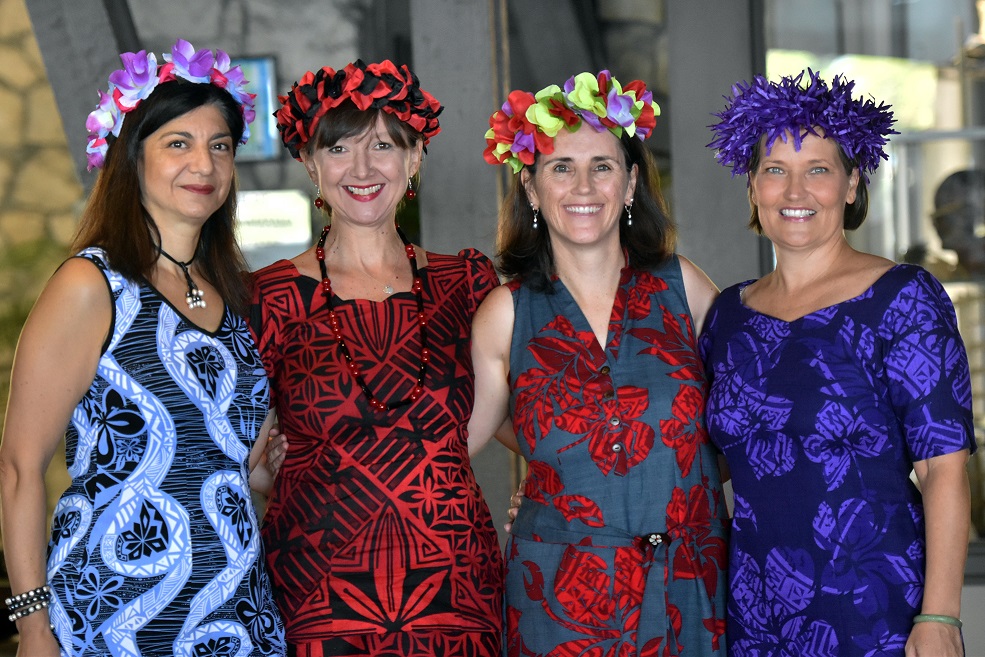 The models Christina Baimas (left),Michelle Neeling, Suzanne Bowen and Danielle Baber pose for a picture after their cat walk during the Corona Fashion at Novotel Hotel in Lami yesterday. Picture: RAMA

Last week, according to the president of the group, Jo Dearsley, they had provided new nursing chairs for the breast feeding nurses, plus three privacy screens for the children’s ward as well as an additional four stethoscopes oximeters and thermometers.

“The community had also just this week made several donations to the hospital so we will be purchasing more bed curtains, plastic and electric jugs, pulse oximeter, stethoscopes, digital thermometers for the maternity ward,” she said.

Ms Dearsley said the committee was more focused in raising funds for the hospital as well as for other women- and children-focused organisations.

“I have been involved with Corona for three years and our main reason for being here is we fundraise for our children in the maternity wards in CWM as well as the pediatric intensive care unit.”

According to Ms Dearsley, during the meetings there were raffles and the funds were used to provide for the needs of the hospital and other organisations such as Homes of Hope, among others.

The hospital trolley is also one of the initiatives which Corona Fiji carries out every Friday from February to November.

“So what we do is we have a hospital trolley that goes to CWM every Friday which is manned by volunteers.

“We sell food to the people at the hospital and we also have things like clothing as well as nappies — things that people can’t get at a hospital but need,” she said.

Corona Fiji raises around $8000 a year from its monthly meetings, according to Ms Dearsly.

The meeting at Novotel had local exhibitioners selling their products as well as a sulu and jaba fashion show.

“The fashion show was just a bit of fun for our members really just to showcase Fiji which this meeting is all about.”

She also said the vendors at their meetings were never charged as they just had to give a gift to the group for the raffle prizes as a way to promote the country.