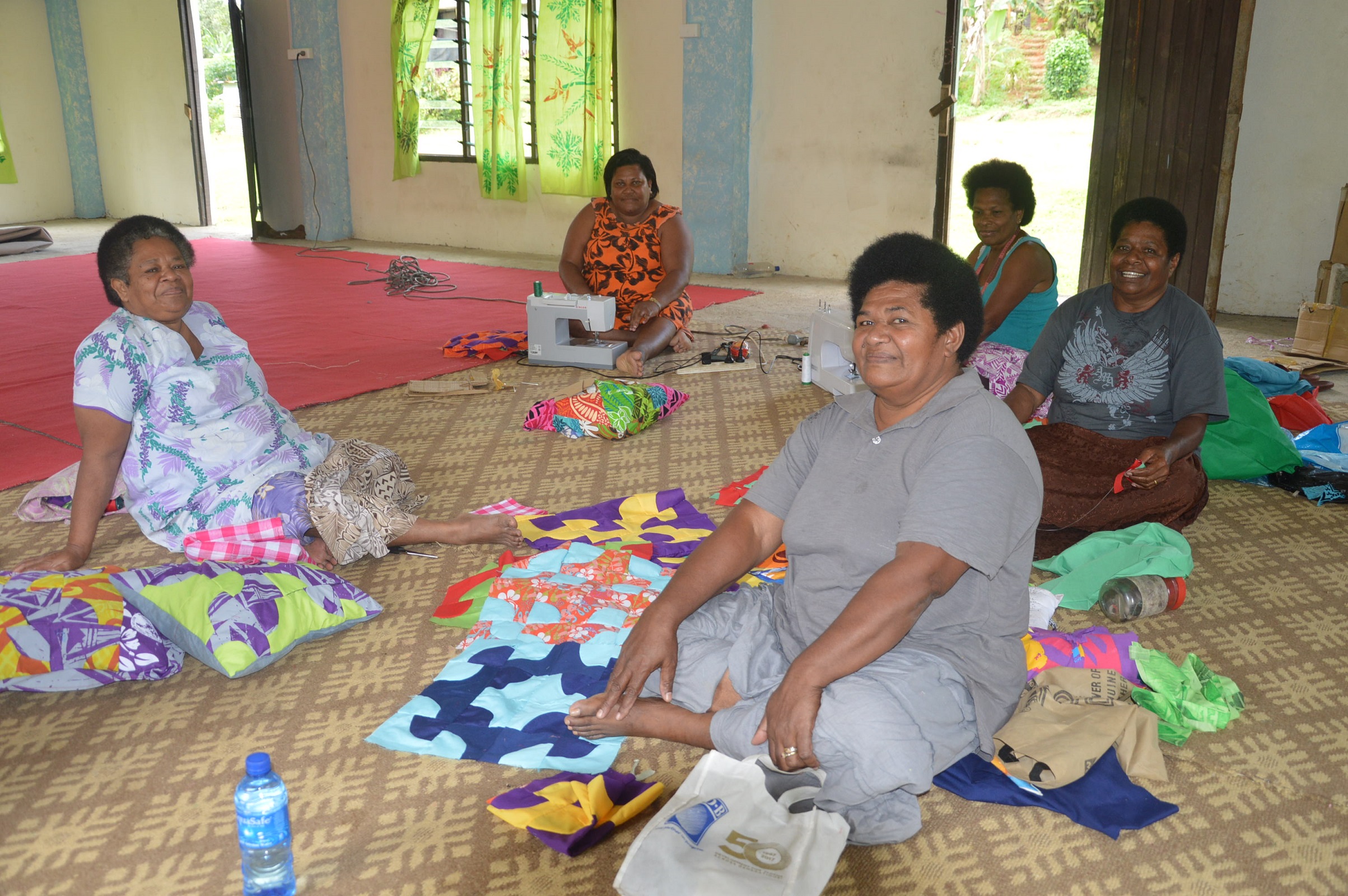 Women from Logani Village in Tailevu work on their projects. Picture: ATU RASEA

MANY hands do more work than one.

This rings true for seven women of Logani Village in Tailevu who meet every Wednesday to sew pillowcases, duvet covers and tableclothes to help generate income for their families. Kelera Bale, 57, said they decided to come together to do something useful with their time after completing their chores at home every Wednesday.

“Some of us have sewing machines so we complete our sewing projects faster than the rest who hand sew,” Mrs Bale said.

“I admire those who do not have a sewing machine; they are not disheartened because they carry on with their various projects. At times we take turns with them in using the sewing machine.”

Mrs Bale said before there were more women involved with the sewing project and the Logani Village hall would be full every Wednesday.

“I don’t know what happened but there are only seven of us now, but we are doing fine and we hope more women will come and join us weekly.”

Mrs Bale said orders for their products had increased this year and the seven women were coping to meet the demands of customers.

A three-metre tablecloth along with six hand wipes is priced at $45, while one double bed duvet cover with four pillowcases costs $200.

“We normally use a drunken path pattern when sewing our duvet covers and pillow cases and these patterns prove to be a favourite with most of our customers.”

The women start their day at 9am with a prayer and get right on with their different projects.

“At 4pm we change into our training gear and we have aerobics or a zumba class to end our day because we have been sitting down for hours during the day and we need to move our muscles.”

The sound of laughter from the Logani Village hall echoes through the village so the women make sure they have fun and enjoy what they do.

Mrs Bale said she looked forward to each Wednesday because she got to meet the other women and have fun doing what they love.