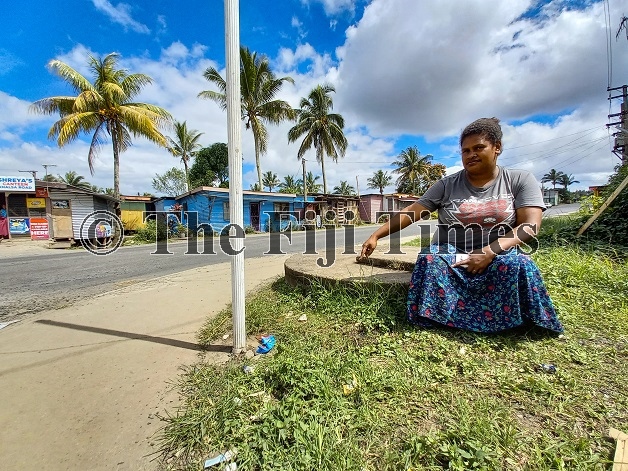 Susana Nabanivalu points to the edge of the footpath where she had assisted in the birth of a child in Delaivalelevu along the outskirts of Tacirua, Nasinu. Picture: JOVESA NAISUA

While many Fijians enjoyed the warmth of their beds on a chilly Monday morning, a courageous mother braved the cold conditions and gave birth to her child at a roadside.

The Namosi woman, who preferred to remain unnamed, said she delivered her baby about 3.30am at a roadside in Delaivalelevu, Nasinu.

She claimed attempts by her husband and uncle to flag down a police vehicle to take her to hospital were unsuccessful.

The mother said divine intervention allowed her to single-handedly birth her newborn.

“God had enabled me to bring my little daughter into the world,” the 32-year-old said.

“I looked around and there was no one, my husband and uncle had gone to seek help from the neighbours and I was in a lot of pain.

“I knew I had to deliver my baby there, on my own.” She said transport issues because of the curfew resulted in her waiting for 30 minutes after giving birth to be transported to the hospital.

“It was during curfew hours and no one offered to help to take us to the hospital, maybe because they were afraid they might breach the curfew.

“We had to wait for half an hour for the end of curfew before we could call a taxi to transport us to the CWM Hospital.”

The woman said she had to pull herself together and focus on delivering her baby despite the unsanitary conditions.

“I knew I had to do it for my daughter and myself.” The mother of four said she was grateful her daughter was healthy and safe.

“After I gave birth, I heard her cry and I was so happy, I wrapped her in a small blanket and breastfed her.” The woman is admitted at the CWM Hospital’s maternity ward.