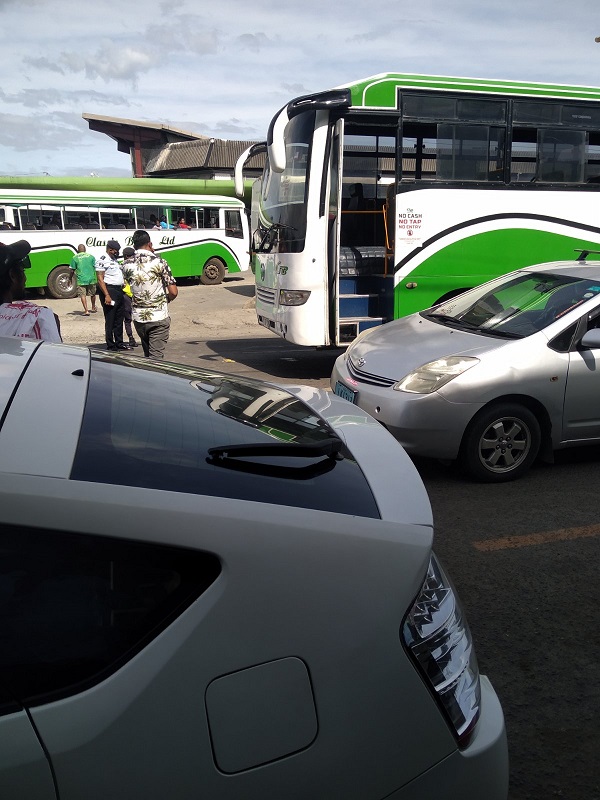 A Police officer at the scene of the bus accident in Lautoka that claimed the life of an elderly woman earlier today. Picture: ZANZEER SINGH

A woman died after she was allegedly run down by a bus in the heart of Lautoka city at around midday today.

The incident occurred at Tukani Street near the Lautoka bus station and the BSP Westfield Bank.

According to witnesses, the woman had suddenly tried to cross the road towards the bank.

The bus was just turning into the bus bay area towards the bus station.

Ms Naisoro also confirmed that the 62-year-old victim passed away.