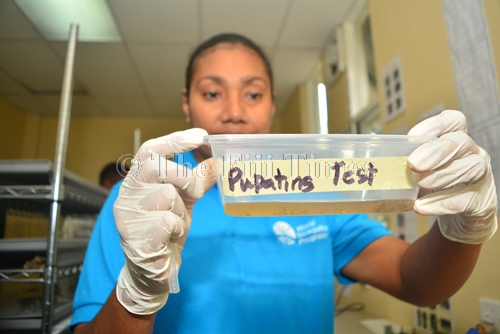 THE first batch of Wolbachia carrying mosquitoes will be released next Monday at Tamavua Village in Suva.

This was confirmed by World Mosquito Program (WMP) Fiji program co-ordinator Aminiasi Tavui at a special media briefing yesterday. He said the pilot program would be introduced along the Lami-Nausori corridor.

It is expected to be completed by December this year.

He said they had received five batches of Wolbachia mosquito eggs from the Monash University in Melbourne, Australia.

“We use wolbachia in aedes aegypti mosquitoes to reduce transmissions of dengue, chikungunya and Zika,” Mr Tavui said.

“We will be releasing an average of three mosquitoes per household on a range of 100 metres. From here, they will be released on weekly batches to other areas.” He said electrical powered BG traps have been deployed to 290 households within the said corridor to help WMP Fiji monitor and attract adult mosquitoes in communities. “From next year, we will be then monitoring and continuing our evaluation processes,” he said.

Mr Tavui added WMP Fiji has identified hotspots area of dengue between the Lami-Nausori corridor where the Wolbachia mosquitoes would be released.