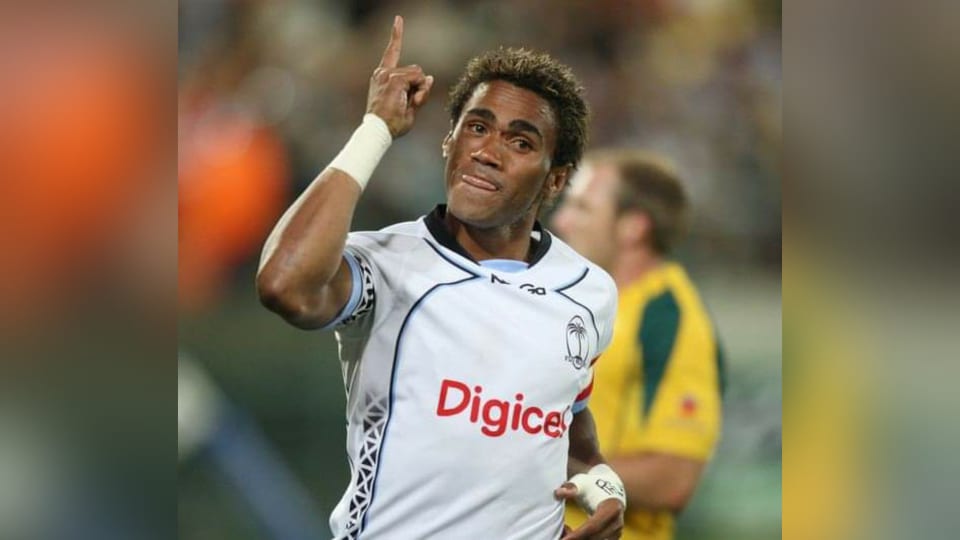 Once a household name, today many 7s fans have forgotten him. Living in Nabouwalu, William Ryder reminisces the good days when he entertained fans worldwide with his uncanny skills, ability to easily flat-foot defenders and sprint the length of the field to score some memorable and scintillating tries.

William Ryder was seen as the then 7s master Waisale Serevi’s protege. He made an impact in his appearance for the national 7s team, having been scouted as a result of the then BP Oil 7s series. He played for the PWD Bure side, and he was quick to capture the attention of selectors.

He was only 22 years old when he secured a spot in the national 7s team when he played for PWD Bure at the Marist Sevens in 2005. Ryder produced some of the best performances for the 7s side.

He was well known for his try scoring capability and goose-stepping defenders. He was also one of the top try scorers of the HSBC WRSS, and has scored over 750 points to-date of which he has scored 105 tries.

He was part of the Fiji 7s team that won the RWC in 2005 at So Kon Po Stadium, and he also won a bronze medal at the 2006 Commonwealth Games in Melbourne, Australia.

In 2006, Ryder led Fiji to a great victory over South Africa in the final of the Wellington 7s tournament at the Cake Tin.

After scoring his first try, this is what the commentators Keith Quinn and Nigel Starmer-Smith said: “Now, here’s our first look at William Ryder. The twinkling feet – the runaway try. Just a little swerve, as he comes in for the touchdown.

“His the new star. His been given the run-on role for the final and he shows all of his new talent. What a player! At 23, well, he’s the heir apparent to the crown of Waisale Serevi. Looks similar. Plays in the same style, and he is unstoppable in this kind of form.”

Ryder made a mark on the HSBC WRSS circuit, and then he opted to join Toyota Verbitz Rugby Club in Japan, before moving to France to play for Stade Montois.

After his 15s signings, the crazy world of 7s rugby missed his moves that mesmerised thousands, and took the 7s arena by storm. One of my beautiful memories of Ryder is the 2007 Adelaide 7s which produced tons of thrills, spills and excitement on the field.

Someone who takes great interest in 7s, I have witnessed teams losing despite having the lead. I have also witnessed teams making a dramatic comeback to pull the win out of the fire, and a classic example of this was demonstrated by the flamboyant Fijians on their way to winning the 2007 Adelaide Sevens which was part of the 2006-07 IRB WRSS circuit. Fiji staged a dramatic comeback to beat Tonga and South Africa.

The Fijians started their campaign with a 33-7 win over Canada, but Tonga came close to upsetting Fiji as they led 21-10 with less than two minutes to go, but Roko and Nabuliwaqa’s heroics saved Fiji from a humiliating defeat.

England beat Fiji in the final pool match 20-12, but Fiji and England qualified. England topped the pool. In the last quarter-final Fiji played South Africa and what a game it was!

Japanese referee Taizo Hirabayashi was given the task of controlling the match which was played at high intensity. Coached by Paul Treu, South Africa had big names in Stefan Basson, Mzwandile Stick, Rayno Benjamin, Jonathan Mokuena, Renfred Dazel, Mpho Mbiyozo, Vuyolwetu Zangqa, Schalk van der Merwe, Howard Noble, Rob Ebersohn, Frankie Horne and MJ Mentz. Nabuliwaqa opened scoring despite being in the shadows of the twinkling boots of Ryder and was marked as someone to watch as closely as Ryder. However, he was yellow carded.

South Africa scored three tries for the 17-5 lead and down to two minutes and 48 seconds and there were desperate times for Fiji!

However, Roko and Serevi scored to take the game into extra time, and then Ryder sealed South Africa’s fate with a stunning individual try.

Roko’s pass to Ryder, who toyed with the opposition, and one moment of magic clinched a space in the semi-final for Fiji against their keenest of rival the All Blacks 7s.

Marcelo Fabian Pilara from Argentina was given the task to officiate the semi-final thriller which was worth a final. Both sides showed tremendous determination as they attacked each other early.

The All Blacks 7s took a 10-0 lead, but Volavola scored a try, as both teams went into the break. Naevo took a clinical catch from the restart and Fiji started dominating territory as Ryder, who had a lot of open country ahead of him, broke away and set up Vucago for Fiji’s second try.

Ryder took the critical conversion and put Fiji ahead. Keith Quinn said this about Ryder: “It’s a great goal. This man can do everything.”

More 7s action unfolded, the battle carried on, as both teams attacked and defended desperately. Vucago and Zar Lawrence scored a try each.

Commentator Quinn added: “As it stands right now, you can’t leave the room folks. It’s heading for extra time. But there are seconds remaining and somebody could clinch this game.”

He was right. Roko was looking for space and the ball came to Ryder.

The last bit of action was magical and I take you through as it happened via Quinn.

“Fiji in possession. Time is up on the clock. They can win this game. They have given it to the man who is capable of winning it – Ryder!

“The hardest hearts of NZ into despair and the celebration belongs yet again to Fiji. They are indeed fantastic. William Ryder has cut through. I have seen several players over the years, but this kid is unbelievable.”

Fiji had the last laugh while the All Blacks were stunned as songs from the album Black Rose entertained fans in Adelaide. Fiji played Samoa in the final and won the match 21-7.

Ryder played a huge role in Fiji’s win as he scored the final try. I have fond memories of Ryder and I would love him to get back on the scene. In her article (FT: 22/02/2020) tiled ‘Ryder tells his tale’, Serafina Silaitoga shared about Ryder’s struggles.

Ryder came out in the open about the difficulties he faced during his playing days and when playing overseas. For the Bua native, who never travelled overseas, the contracts became a culture shock.

Trying to settle into a totally new lifestyle surrounded by a different culture with many ethnic groups was not easy for Ryder.

He shared this: “The financial side of the contract was really good, but it was the first time for me to handle such a huge amount of money. I was still young at that time and being alone in a foreign land, was a great challenge. Living in a much bigger and developed world, alone and your family is thousands of miles back home in Fiji, you’re certainly alone.”

He had a timely message as well, “that is why we need to train our children about saving and investing from a young age. I am pleading with parents to help our children, especially our sons because they love rugby.

“This is to prepare them for the long run because if they are faced with similar situations, then they know how to handle it. The situation I faced and other players also went through should not happen to our sons.

“I was not trained to deal properly or handle money, so it was difficult for me. Parents must also train and teach their children well based on the word of God. Once they are grounded well, they’ll have no problems in the bigger world”.

Ryder has left a legacy, and his experience is a lesson for players plying their trade overseas, and those who are planning for greener pastures. The days of Ryder are memorable and so is his valuable advice for us.