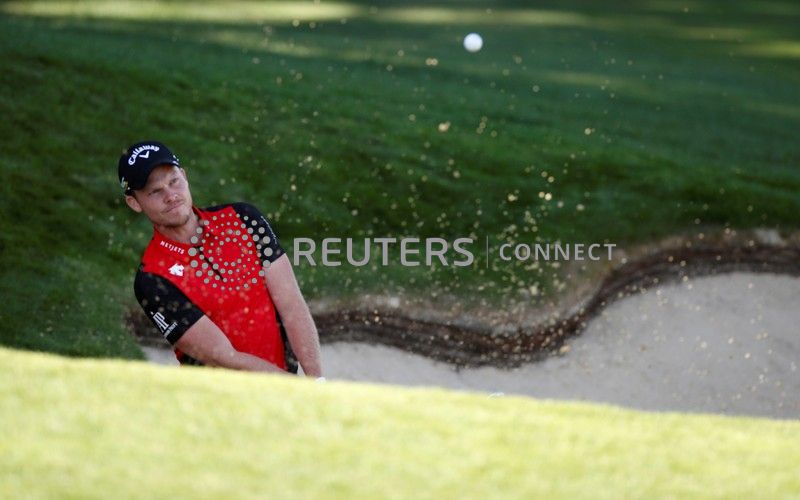 (Reuters) – England’s Danny Willett and Spain’s Jon Rahm share a two-stroke lead at the BMW PGA Championship heading into the weekend, with both sitting at 11-under par after the second round on Friday.

Willett, a Masters champion in 2016, enjoyed home crowd support and carded a seven-under par 65 which included six birdies and an eagle, offset by a bogey on the 14th in the European Tour’s flagship event at Wentworth, Surrey.

“We hit a lot of good shots, holed some nice kind of mid-range putts,” Willett said.

“I’m probably not back to my best, and I’m still working on the moves and there’s still shots in there that I don’t like.”

Willett had the clubhouse lead before he was joined at the top of the leaderboard when Rahm, who bogeyed his first two holes, eagled the par-five 18th where he drew wild applause when his approach shot landed just a few feet from the hole.

“I didn’t get frustrated when I made two bogeys,” Rahm said. “When I started playing good I just capitalised. I was feeling really confident off the tee, confident with the irons.

“I think it’s a great golf course. That’s why I love coming back to Europe, to play these traditional style golf courses. They’re not long and not overly complicated on paper. It’s a special event with a lot of history.”

Further back, four-times major champion Rory McIlroy put his first round horror show of 76 behind him and battled for a three-under par 69 to make the cut on one-over.

The Northern Irishman sank four birdies, offset by a single bogey. He chipped in on the 16th for a birdie before finishing off with a crucial two-putt on the 18th to make it to the weekend.

British Open champion Shane Lowry, who finished at level-par on Thursday, signed for 71 and also made the cut.