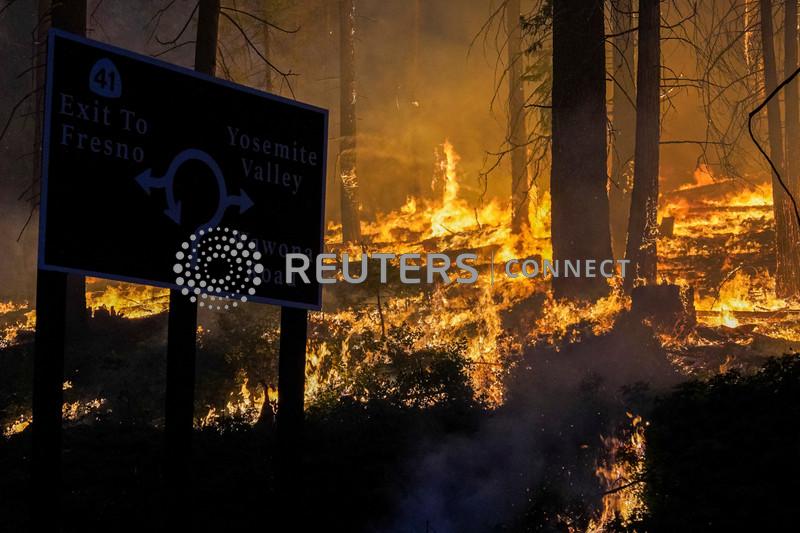 (Reuters) – Carbon offsets generated from forests to counteract future climate-warming emissions from California’s big polluters are rapidly being depleted as trees are ravaged by wildfire and disease, new research published on Friday suggests.

One of California’s key policy tools to combat climate change may be falling far short of its goals, the researchers said – raising questions about similar carbon offset programs around the world.

The study, published in the journal Frontiers in Forests and Global Change, was conducted by CarbonPlan, a San Francisco-based non-profit that researches the integrity of programs designed to offset carbon emissions. The group’s research has questioned the value of the California forest carbon offset program in fighting climate change in the past.

“The problems we observe here aren’t unique to the California program and raise broader concerns about the integrity of offsets’ permanence claims,” Freya Chay, one of the study’s authors, said in a statement.

Under California law, large emitters face carbon limits and can buy allowances if they exceed them. They may offset up to 4% of their emissions with offset credits, such as those generated from the program’s forest conservation projects in 29 states, according to the California Air Resources Board.

A portion of those credits are put into a buffer account, an insurance mechanism tapped in the event that projects are lost to wildfire, disease, pests or financial risks such as bankruptcy. Those credits are meant to guarantee carbon stocks for at least 100 years. But that promise is falling short as climate change fuels intense wildfires, drought and disease, the researchers said.

Wildfires have depleted nearly one fifth of that buffer pool in less than a decade, the analysis found.

The researchers also projected potential losses associated with the disease sudden oak death, which has killed millions of trees in California and Oregon in the last two decades. Widespread tree mortality due to sudden oak death could wipe out all the credits set aside for disease and insect risks to offset projects, the study estimated.

In an emailed statement, a spokesman for the California Air Resources Board (CARB) said its Compliance Offsets Program was “a prudent part of our program,” and that its risk metrics were based on the information available to the state agency at the time the policy was developed.

“We will of course again assess all relevant science and new information when we conduct our next protocol update,” CARB spokesman David Clegern said, without giving a timeline.