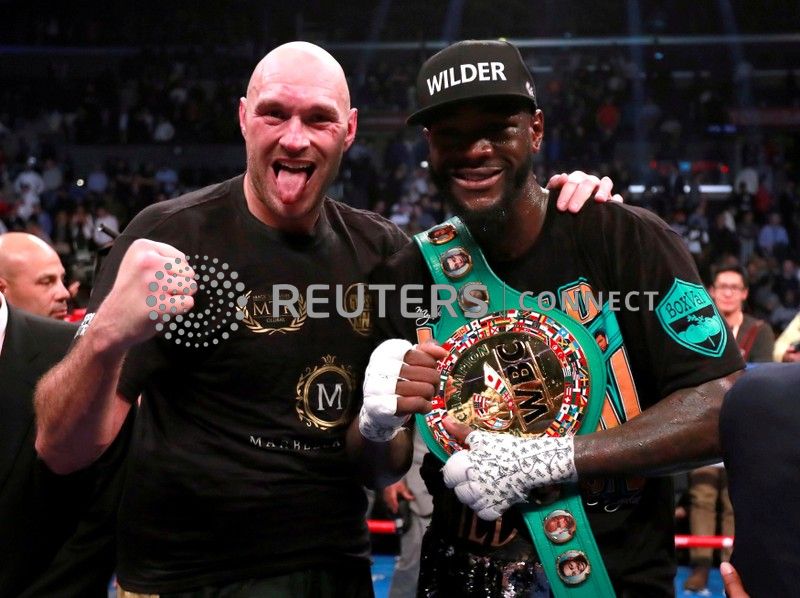 (Reuters) – WBC heavyweight champion Deontay Wilder said on Friday that contracts had been signed for a rematch with Tyson Fury after he has fought Luis Ortiz.

Fury is the only boxer that Wilder has faced and not defeated after the pair battled to a draw in December in Los Angeles.

Fury controlled much of the fight only to be knocked down twice, including one in the 12th round that looked to be the deciding blow.

Wilder, who knocked out Dominic Breazeale in May, added in a separate tweet: “All Contracts have been signed already‼️ it’s officially on.”

Fury will take on Tom Schwarz in Las Vegas on June 15.