Why we walked out, Wale clarifies PM election decision 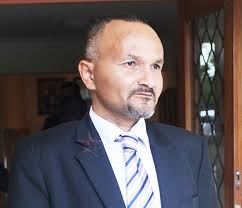 Mathew Wale says his group walked out from the Solomon Islands prime minister’s election Wednesday for the “sake of the rule of law”. Picture: SOLOMON STAR

HONIARA, 25 APRIL 2019 (SOLOMON STAR) – Mathew Wale says his group walked out from the Solomon Islands prime minister’s election Wednesday for the “sake of the rule of law”.

He said they made the decision after Governor General Sir Frank Kabui refused to accept a High Court order to postpone the election.

Wale’s rival Manasseh Sogavare was declared prime minister after he received 34 ballots of the 35 that were cast. One vote was incorrectly marked.

“While the Grand Coalition recognised the Constitutional authority of the Governor General to preside over the meeting, we felt that the decision of the High Court injunction and orders directing the GG to postpone the meeting should have been adhered to,” Wale told reporters.

“That order did not question the GG’s authority under schedule 2 of the Constitution,” he added.

“Rather it directed the postponement given that the full hearing on the submission on the validity of the nomination of Manasseh Sogavare will be convened on the Friday 26 April at 9:30am.”

Wale said the Grand Coalition believes that “our legal processes need to be respected”.

“We believe that the order and directions of the High Court were reasonable given the significance of the submissions,” he said.

Wale said the walkout, therefore, is for the sake of the rule of law because the Governor General did not abide by the direction to defer the meeting.

“No one is above the law,” Wale said.

He added that the Governor General may have his own interpretation of the law however it is for the courts to interpret law.

Wale further added that the Grand Coalition believes the election of Prime Minister is an important business of the country and so it requires diligent and prudent handling by the Governor General.

“Different views of the law should be left to a neutral body like the Court to deal with but it is unfortunate that the Governor General being the Head of the Executive acted like a judge in the election process,” Wale said.

He confirmed the Grand Coalition will now seek judicial review challenging the determination by the GG.

“The Grand Coalition group continues to call for calm and cooperation of the wider public as this process continues.

“We call for respect for the rule of law,” Wale said.