Why the reduction, asks Kuridrani 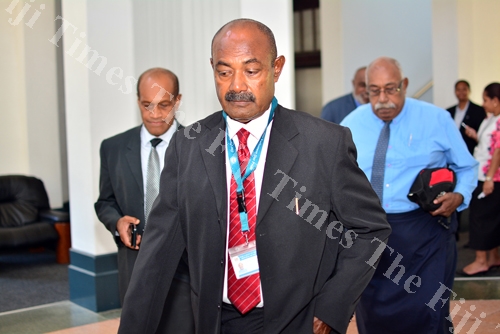 OPPOSITION spokesman for Agriculture and Sugar Inosi Kuridrani questioned the $810 million reduction in the 2019/2020 National Budget and says that it is likened to the popular iTaukei idiom “na ibulubulu boro vulavula”.

He said this meant that the budget only aspired to have a good image on the outside, but there was stench from the realities on the inside.

“So when the coffers are dry, revenue generation becomes a financial anaemia in Fiji,” he said.

Speaking during his response to the 2019/2020 National Budget, Mr Kuridrani claimed the budget was not adequate to provide the fiscal space necessary to cushion any short-term shock, by way of natural disaster and global crisis.

He also claimed the budget was a confused one sandwiched between reconciling national interest and political agendas, but also haunted by its habitual extravaganza for populist strides.

“Mr Speaker sir, the question everyone is asking is, if the economic indicators are as good as what has been boasted by this Government through all its controlled media outlets, than why has the budget been reduced to $810m?” he said.

Mr Kuridrani added that the reduction to the budget was entirely because of the reckless spending behaviour. As far as Agriculture was concerned, Mr Kuridrani said, this was an area Government really needed to capitalise its resources on.