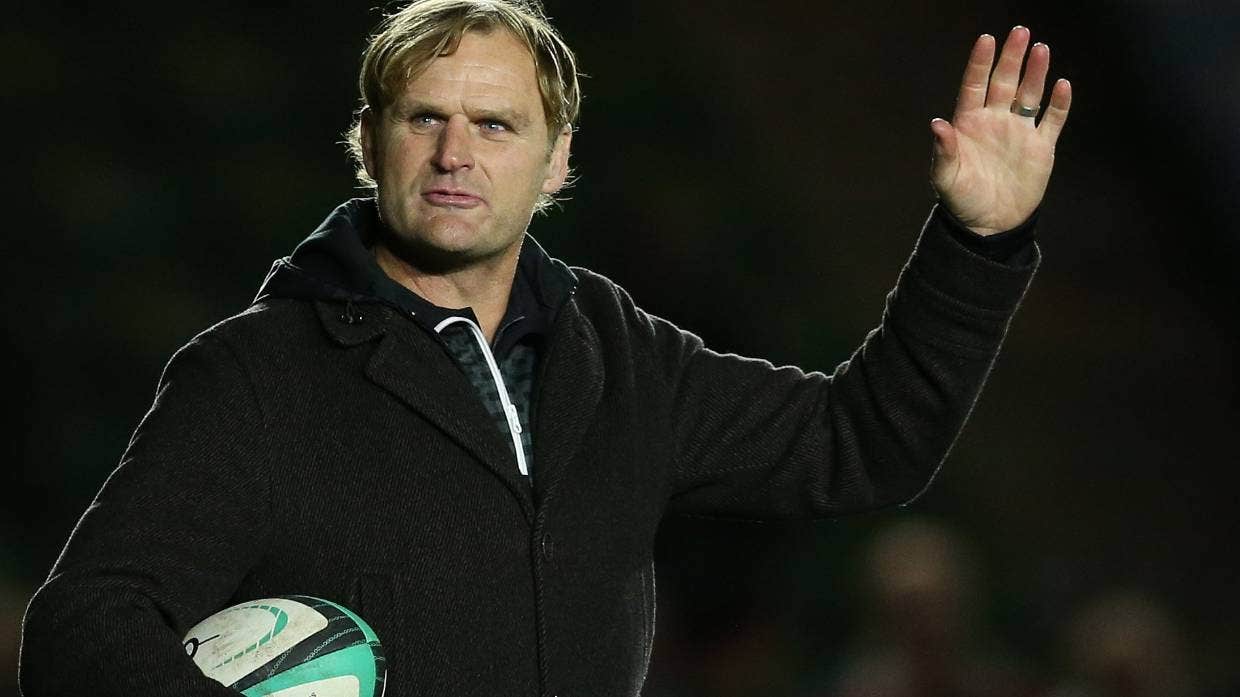 Scott Robertson has enhanced his standing in England by coaching the British Barbarians. Will he wave goodbye to New Zealand rugby? Picture: STUFF SPORTS.

Crusaders coach Scott Robertson has received a strong endorsement for the England job, with his bubbly personality seeing him talked up as “a positive disruptor”.

The recommendation comes from recent England fullback Mike Brown who has just had a week with Robertson when the Kiwi had the honour of coaching the British Barbarians.

With Eddie Jones set to step down after next year’s World Cup in France, Robertson is believed to be in a three-way race to take over at Twickenham with Ireland’s Ronan O’Gara and England’s Steve Borthwick his rivals for one of the biggest jobs in international rugby.

“I’d heard plenty about his achievements with the Crusaders in New Zealand and he exceeded my expectations,” Brown wrote in his regular column for the Daily Mail.

“What really struck me is how good he is with people. I’ve played for plenty of coaches over the years but I’ve not come across any who bring people together like Scott did this week.

“A few of us met up for a coffee on the first day and posted a picture of a few flat whites on the team WhatsApp group. Scott replied saying ‘Where’s the beers?’ and encouraged us all to have a pint together. You feel comfortable with him straight away. You feel like you can have a normal conversation with him and I think England would really benefit from that human touch.

“He connects with people so well and so quickly.”

British Barbarians coach Scott Robertson makes a point at training. His coaching style has earned high priase in England.
Brown said there was no lack of coaches with tactical and technical skills but not many were like Robertson who he found to be an “exceptional motivator”.

“Scott makes it enjoyable and I think that’s exactly what the England team need,” Brown wrote for the Daily Mail.

“There’s so much talent in English rugby and I think they need a coach who will put them at ease, and allow them to flourish and develop. My experience of playing for England is there’s always a little bit of fear and Scott would change that. He encourages you to be yourself and be brave on the field.”

Brown noted that players were often mentally exhausted by England camps but he was convinced Robertson wouldn’t make them a draining experience.

Brown had spent plenty of time with Borthwick at the Leicester club and admired the former England lock’s coaching, but his vote still lay with Robertson.

“I would pick Scott over Steve Borthwick … they’re very different guys … I just feel like Scott would come in and shake things up.”

There were wider responsibilities that came with the job that Brown felt Robertson could handle and make a difference.

“Connecting with the players, the board and the public is all part of the England job. You need to be a figurehead. I think Eddie’s lost a bit of that along the way. He’s not the typical mould of English rugby. He (Robertson) would come in and be a bit of a positive disruptor.”

Robertson, 48, is contracted to the Crusaders until the end of 2024, but he has a clause which allows him to leave after the 2023 World Cup if he doesn’t fulfil his dream of finally landing the All Blacks job.

He hasn’t backed away from talk linking him to the England job and is eager for an international appointment for the next phase of his career.

“I’ve said it many times that the All Blacks is my preferred choice but if it didn’t work out that way, you know, England’s got so much potential, it’d be a pretty special job,” he recently told inews.co.uk as his stocks continue to rise in the UK through his time with the Barbarians that included beating an All Blacks XV in London.

“There is potential to any international job, I’ll make that clear, because there’s a few coming up (after the 2023 World Cup).