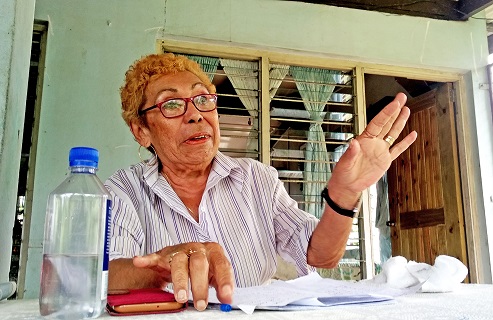 THE decision taken by secretary-general to Parliament Viniana Namosimalua on a former staff member who was asked to resign for allegedly leaking the video footage of Prime Minister Voreqe Bainimarama manhandling Opposition MP Pio Tikoduadua outside Parliament on August 9 has come under scrutiny.

Former secretary-general to Parliament Mary Chapman said if the claims were true and there was solid evidence to prove that the staff member had leaked the video then he should have been terminated rather than asked to resign.

Her comment comes after civic education officer Iliesa Raiduduva claims he was asked to resign on September 6 by Mrs Namosimalua after it was alleged he leaked the footage.

“She (Namosimalua) should have come out with the proof. Why didn’t she sack him? Telling him to hand in the resignation, why? By not sacking him, that will not help his family. She should just sack him under his contract and then he can take it up further. If the secretary-general has evidence then sack him,” said Ms Chapman.

The role of a civic education officer, Mrs Chapman said, was a significant one in any Parliament and that they should always be transparent.