Why Australian Open champions will take a $1.4 million hit 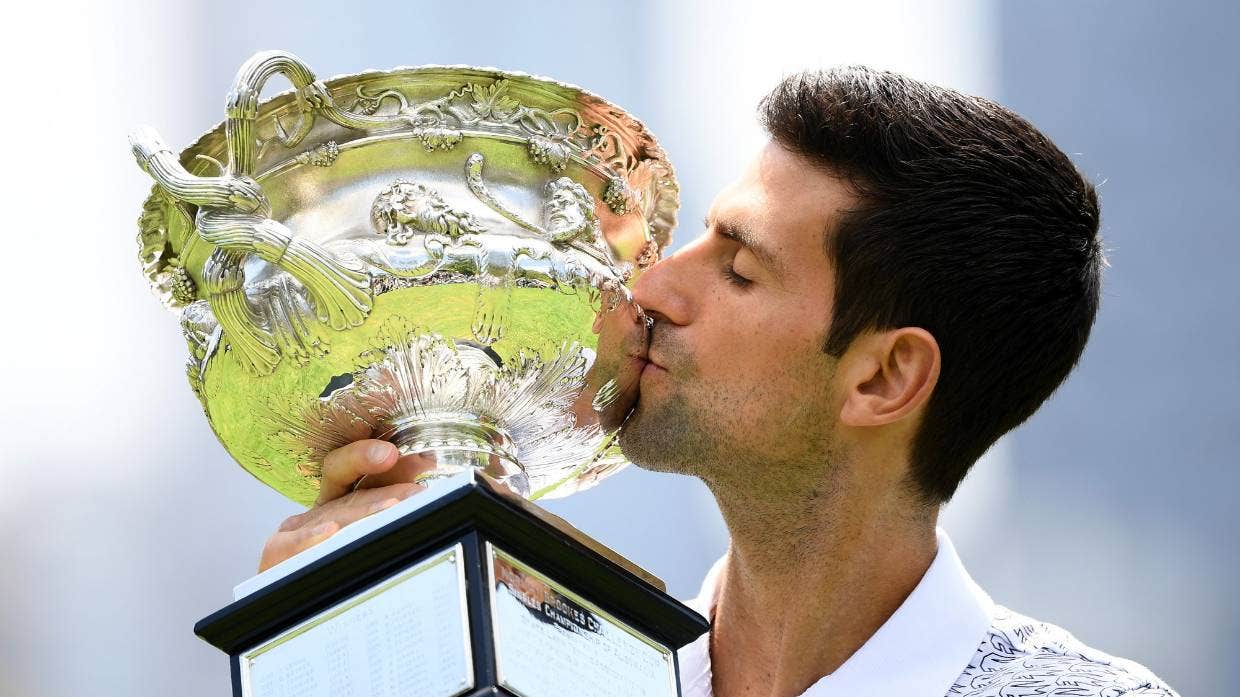 This year’s Australian Open champions will take home much smaller pay cheques than last year following a redistribution of prizemoney designed to protect some of the tour’s battlers from the impact of the Covid-19 pandemic.

The prize pool for other events, including next week’s ATP Cup, are also copping a hit as winnings are linked to crowd numbers, which are capped because of the pandemic.

It’s at other events such as the ATP Cup, the men’s teams event in its second year, where the world’s leading players are dealing with a new financial reality.

This year’s tournament, starting in Melbourne next Monday, has a base prizemoney pool of nearly AU$10m (NZ$10.73m) – well down on last year’s AU$22m (NZ$23.61m) return for players – but even that figure is “subject to any reductions based on permitted attendance”.

However, this year’s abridged event has 12 nations instead of 24, so the reduced prize pool will be shared by a smaller playing contingent.

Tickets for the ATP Cup – held entirely in Melbourne instead of three different cities after the summer schedule was rejigged to accommodate a delayed Australian Open – will go on sale this week, along with five other men’s and women’s events held at Melbourne Park.

The Melbourne Park precinct has been split into three distinct zones this summer to maintain a safety-first approach with Covid-19. Contact tracing will be easier with spectators split into three sections, each with access to one of the three main courts.

Tickets for the Australian Open have so far been selling at about 35 per cent of normal capacity, meaning about 300,000 instead of 800,000 spectators will attend across the two weeks. Tournament officials and the government health authorities have yet to spell out in detail whether crowd capacity for the 14 days of the Australian Open or the lead-up events will increase.

According to sources with knowledge of the situation, however, the ATP Cup’s $10 million prize pool will be adjusted down to around AU$6m (NZ$6.44m) based on current crowd projections.

Once tournament boss Craig Tiley made it clear that the overall Open prizemoney pool would not be sliced, the changes had to come from somewhere. Tennis Australia has for several years pledged to improve the lot for the sport’s ‘journeymen’, who struggle to make a living. Hence there will be a return of AU$100,000 (NZ$107,000) for first-round losers – an increase of around 11 per cent on 2020 – as well as rises for other early round departures and better prizemoney for those who play qualifying.

The decision to link prizemoney to crowd numbers suggest there is more pain ahead for those at the lower rungs of world tennis.

”It also points to continued reduction of income for players for at least another 12 months,” said one tournament insider. “[It’s] tougher and tougher for players to make a living and under that, there will be fewer and fewer Challenger events.”

The ATP Tour came up with a prizemoney calculation method, setting out calculations for ATP Masters 1000 events and ATP 500 and 250s.

For Masters 1000 events, there would be no reduction in prizemoney when “greater than 85 per cent ticket units” were sold. But if ticket sales were 40 per cent or less compared to 2019 figures, the prizemoney reduction for players would be 60 per cent.

Among the provisions for the smaller ATP events, there would no prizemoney reduction for events at full crowd capacity, whereas tournaments held entirely without spectators would have a 50 per cent reduction.

All calculations are subject to review by the end of April.

The challenging situation for the sport and its administrators was spelt out by 39-year-old tour veteran, Spaniard Feliciano Lopez, who doubles as a tournament director for the Madrid Open, a Masters 1000 event.

Quizzed by reporters last November about dwindling prizemoney in the middle of a pandemic, he said: “I want to be clear. I think this is the best we can have right now.

“We have to be aware of the situation that the world is living [in] and how everyone is facing these challenging times around the world.

“Yeah, the prizemoney had a significant reduction, of course, but it will be the same I think for the beginning of 2021, because I don’t see the virus going away. So for now I don’t see any hope on prizemoney.”