Who will dominate Super Rugby trans-Tasman? 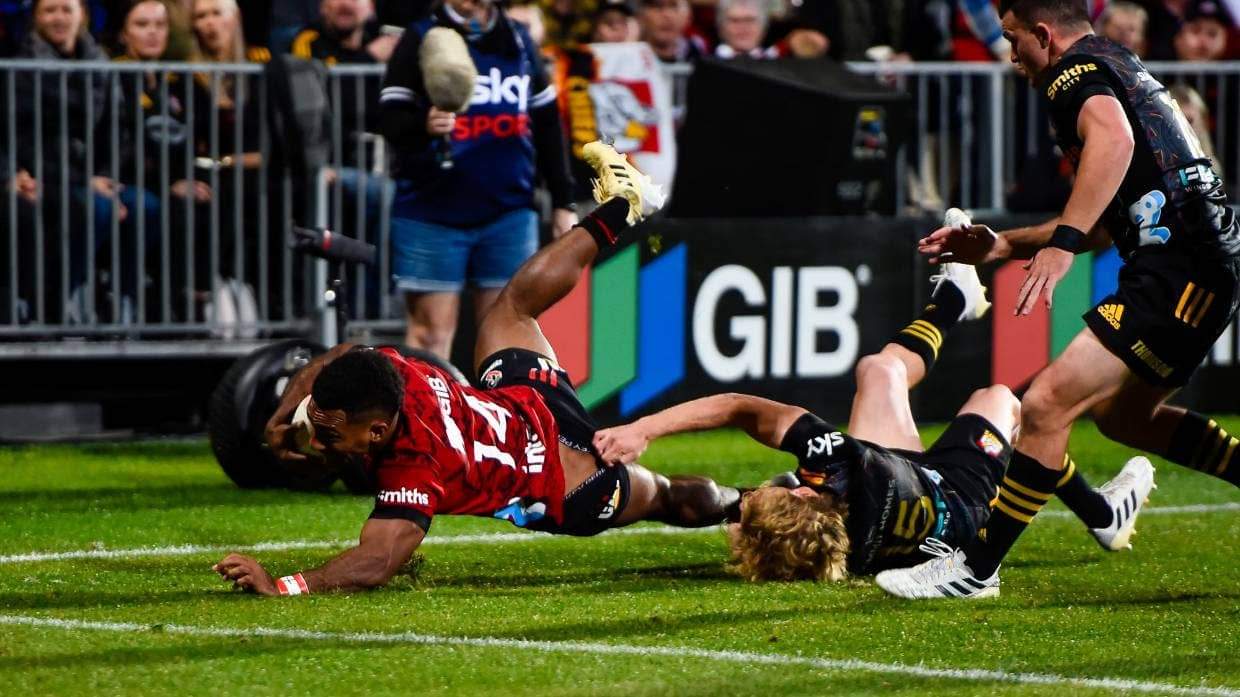 Sevu Reece of the Crusaders scores a try in the tackle of Damian McKenzie of the Chiefs during the Super Rugby Aotearoa Final. PHOTOSPORT

That was the big question surrounding Super Rugby trans-Tasman ahead of this weekend’s opening round.

Following the completion of domestic competitions in both countries, the combined version kicked off amid much interest in how the teams from across the ditch will fare against their All Black-laden counterparts in Aotearoa.

Prior to leaving to rejoin the Japanese national team, Highlanders coach Tony Brown wasn’t short in confidence in his team, who finished second-last in Super Rugby Aotearoa.

“I think we can win all those games.

“If our guys believe they can do it, we’ll be good enough to beat every team in this competition.”

If others were just as confident, they weren’t publicly expressing it.

Having had no break between their Aotearoa title triumph last weekend and the new competition, Crusaders captain Scott Barrett insisted they weren’t buying into chat of one-sided matches.

“We talk about it being not easier, not harder, just different.

“They play a different style of rugby and they’ll test you in different areas.

“If we turn up to this competition thinking it’s going to be easy, we won’t be holding that trophy up that’s for sure.”

Australia’s big hope was their domestic champions the Reds, who played the Highlanders in Friday night’s trans-tasman opener in Dunedin.

Queensland coach, World Cup-winning All Black Brad Thorn said they had huge respect for the New Zealand teams, who were full of highly skilled players.

But he also believed the pundits and bookmakers could be proved wrong.

“We go in there sober knowing there’s a really good challenge.

“But we’re all about embracing that and we like to think we have some good stuff going on, too.

“We know we won’t be highly rated in New Zealand. I guess we’ll see.”