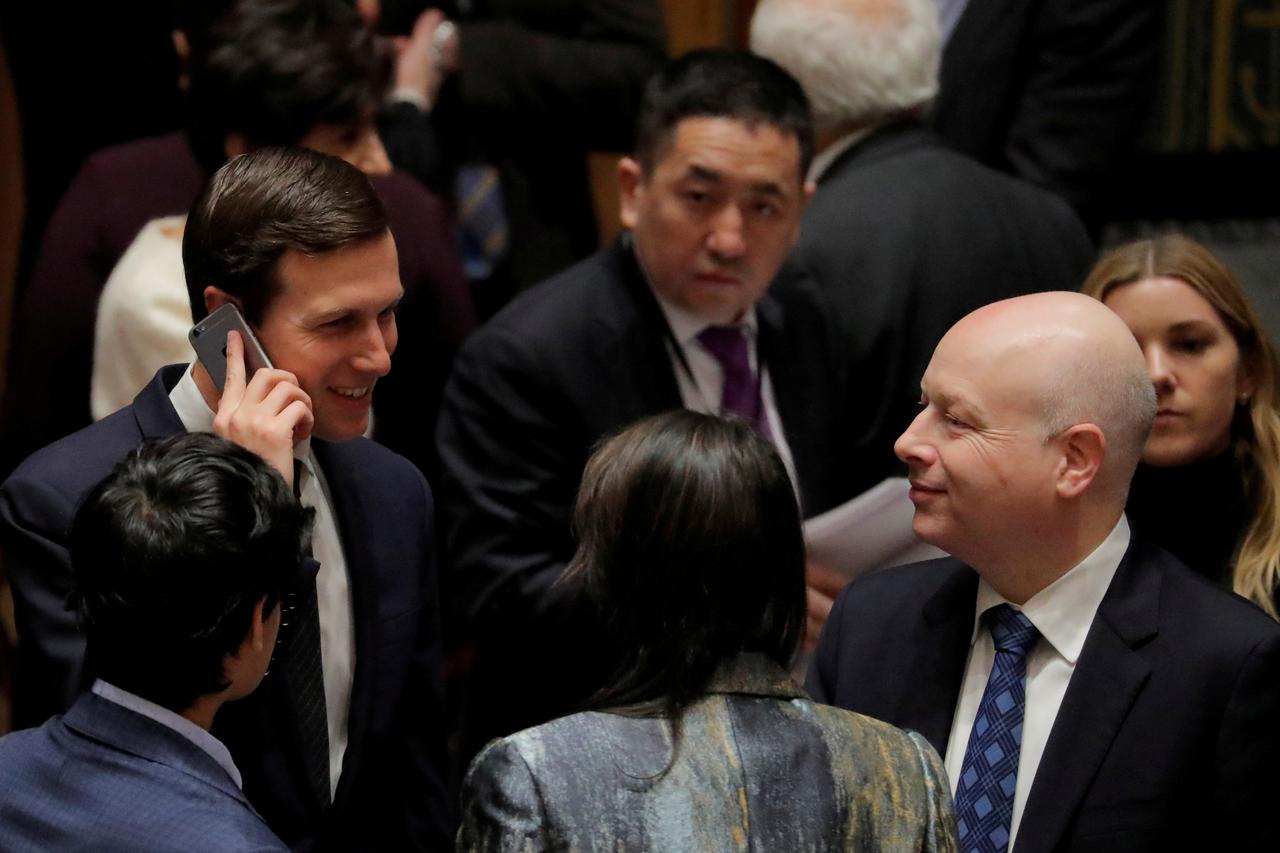 WASHINGTON (Reuters) – The White House will not invite Israeli government officials to a Bahrain conference devoted to gaining support for a Palestinian economic plan in order to keep the event apolitical, a senior administration official said on Monday.

The official, speaking on condition of anonymity, said Palestinian business representatives are expected to attend the event in Manama on June 25-26, but not Palestinian government officials, who have boycotted a peace initiative led by White House senior adviser Jared Kushner.

As a result, the administration decided not to extend an invitation to Israeli government officials to a conference expected to be attended by envoys from Arab governments as well as European nations.

When the Bahrain conference was announced last month, U.S. officials initially suggested privately that Israeli government attendance in Bahrain would be an opportunity for Israel and some of its Gulf Arab neighbors to display in public the behind-the-scenes contacts that have grown in recent years, especially on security matters over their common enemy Iran.

After the White House announced last week that Egypt and Jordan had agreed to attend, some Israeli diplomats said Israeli government officials were also likely to attend. But no formal invitation materialized.

The plan, touted by Trump as the “deal of the century,” is to encourage investment in the West Bank and Gaza Strip by Arab donor countries before grappling with thorny political issues at the heart of the conflict.

Palestinian President Mohammed Abbas has heaped scorn on the conference and urged Arab governments not to attend.