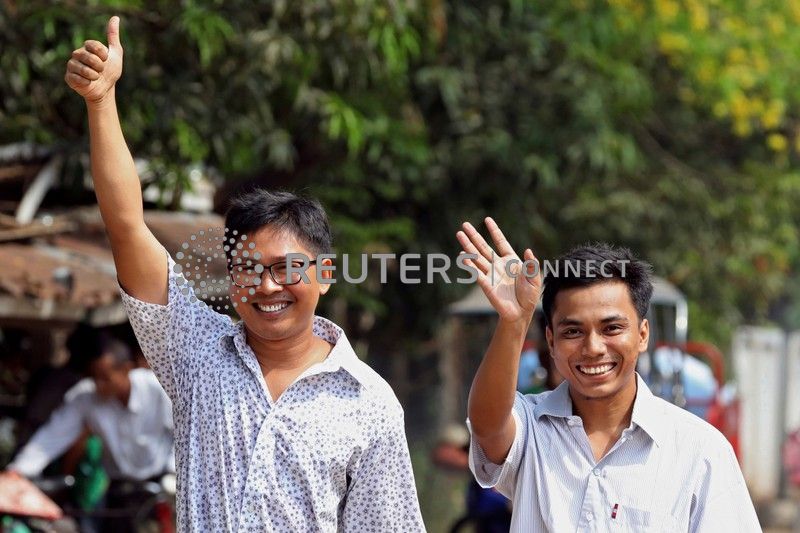 Reuters reporters Wa Lone and Kyaw Soe Oo gesture as they walk to Insein prison gate after being freed, after receiving a presidential pardon in Yangon, Myanmar, May 7, 2019. REUTERS/Ann Wang

WASHINGTON (Reuters) – The White House said on Tuesday it welcomed the release of Reuters journalists Wa Lone and Kyaw Soe Oo, who were jailed in Myanmar for more than a year.

“Jailed for over 500 days since December 2017 for reporting on atrocities against the Rohingya, we are delighted they will be reunited with their families,” the White House said in a statement.

“We hope that other jailed journalists in Burma will also be allowed their freedom,” it said.