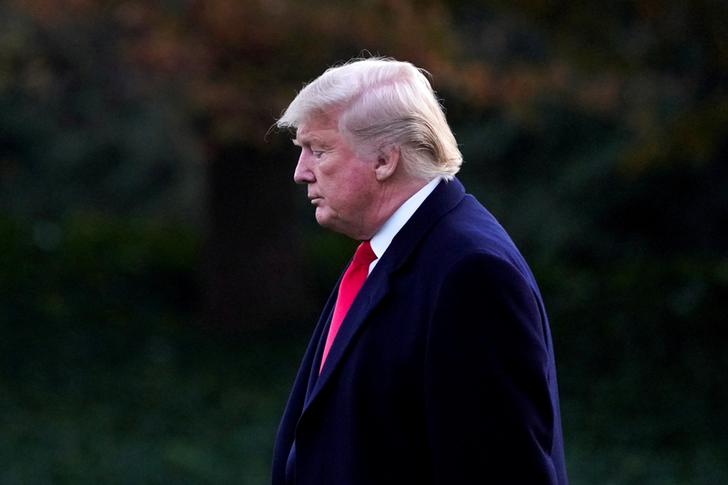 WASHINGTON (Reuters) – The White House said on Friday it would refuse to take part in hearings in the U.S. House of Representatives set for next week that will consider what articles of impeachment to bring against President Donald Trump.

In a letter to Judiciary Committee Chairman Jerrold Nadler, White House counsel Pat Cipollone called the Democrats’ impeachment inquiry “completely baseless” and said that House Speaker Nancy Pelosi had ordered Democrats to proceed with articles of impeachment “before your committee has heard a single shred of evidence.”

“We don’t see any reason to participate because the process is unfair,” said a senior administration official, speaking on condition of anonymity. “We haven’t been given any fair opportunity to participate. The speaker has already announced the predetermined result and they will not give us the ability to call any witnesses.”

Nadler rejected that criticism and expressed disappointment, saying in a statement: “The American people deserve answers from President Trump.”

Pelosi on Thursday asked the Judiciary Committee to draw up articles of impeachment – formal charges – against the Republican president. The committee could draft and recommend the articles by next Thursday and the full Democratic-led House could vote on them by Christmas, imperiling Trump’s presidency as his 2020 re-election campaign looms.

Pelosi in September launched the impeachment inquiry into Trump’s request that Ukraine investigate former Vice President Joe Biden, a leading contender for the Democratic nomination to face the president in the 2020 U.S. election.

“House Democrats have wasted enough of America’s time with this charade,” Cipollone’s letter said. “You should end this inquiry now and not waste even more time with additional hearings.”

He quoted Trump as saying, “If you are going to impeach me, do it now, fast, so we can have a fair trial in the Senate, and so that our country can get back to business.”

Trump has made clear his lawyers will present a defense in the Republican-controlled Senate, where he believes he will receive fair treatment.

Republican members of the House Judiciary Committee, who had also faced a Friday deadline to identify witnesses they want to call before the panel, submitted a list of eight, including Biden’s son, Hunter, the anonymous whistleblower whose complaint sparked the impeachment inquiry and House Intelligence Committee Chairman Adam Schiff, who led the Ukraine probe.

House Republicans had already sought testimony before the Intelligence Committee from three people on the list – the whistleblower, Hunter Biden and Biden’s former business associate Devon Archer. But they were turned down by Schiff and will likely receive the same response from Nadler, a Democrat.

Though Nadler did not immediately respond to the Republican witness requests, he said of Trump’s refusal to participate: “Having declined this opportunity, he cannot claim that the process is unfair. The President’s failure will not prevent us from carrying out our solemn constitutional duty.”